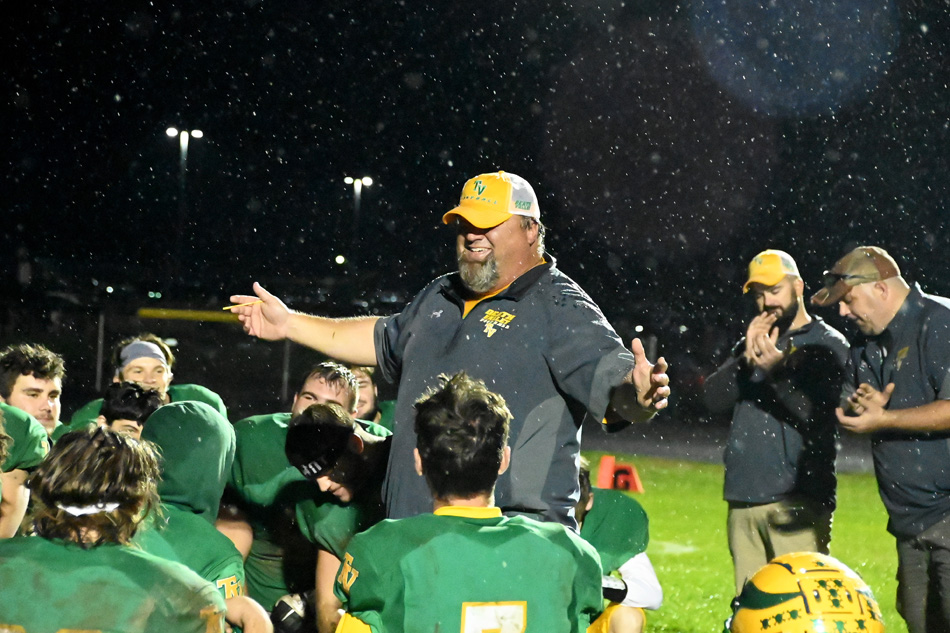 Tippecanoe Valley football head coach Steve Moriarty and his Vikings are heading into the postseason with a lot of momentum after winning the Three Rivers Conference championship last week outright after a blowout win over Southwood. InkFreeNews photos by Mike Deak

WARSAW – The Indiana high school football regular season has come and gone, meaning it’s that magical time of year when each Friday night could be a senior’s last and a championship is just a few wins away for everyone.

This week, we will break down the opening round games for Tippecanoe Valley, NorthWood and Wawasee.

The Tippecanoe Valley Vikings have been nothing short of a juggernaut through the 2021 campaign. The Vikings decimated opponents on a routine basis, holding a 9-0 record and an average margin of victory of 39 points. Things are about to get a whole heckuva lot harder, though, for the Vikings and head coach Steve Moriarty.

Valley drew a road game with the Garrett Railroaders in the opening road, a team that the Vikings have played only once the playoffs. That matchup came in 2011 with the Railroaders winning 27-14. Garrett is led by head coach Chris DePew, who led East Noble to a state appearance in 2003 and won a sectional at Garrett in 2016.

The Vikings also have their own history to overcome this week. Valley has not started 10-0 since 1981 and has failed to reach double-digit wins since 1983. Their last sectional title came in 1992, Moriarty was on that team as a student-athlete.

The winner of the matchup will have an even harder road the rest of the way with both Mishawaka Marian and Jimtown looming large. John Harrell currently gives Valley a 22.45 percent chance to win the sectional, behind only Jimtown and Mishawaka Marian who have 39.59 percent and 28.11 percent respectively. A win at Garrett would give Valley a home game in round two, potentially rematching Marian after the Knights clubbed Valley 41-24 in 2020 at Death Valley. 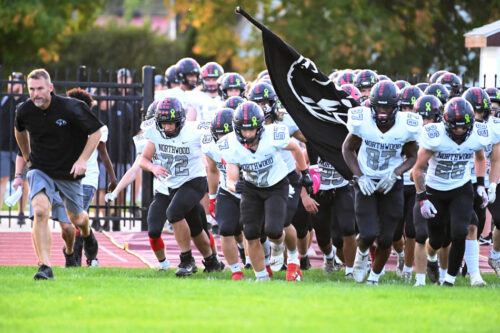 NorthWood looks to end a half decade of sectional disappointment when it takes to the Class 4-A Sectional 19, starting with a home game against Northridge.

Next up, the NorthWood Panthers get a rematch against the Northridge Raiders fresh off a tune-up game with Plymouth. The Panthers manhandled the Raiders during their last meeting, easily crushing Northridge by a score of 42-14. Ironically, it was a setback in that game that may have uncovered the next star for the NorthWood program.

The Panthers lost junior quarterback Kaden Lone to an injury that night that forced sophomore Owen Roeder into action. Since that change, NorthWood has dropped two games against incredibly tough opponents while Roeder has looked good despite the stout competition. The sophomore has nearly thrown for 1,000 yards and has 10 touchdowns to his credit.

The Panthers have an impressive 18 sectional titles in its program’s history but have come up empty-handed since 2016 when they went to state. The Raiders have lost four of their last five after starting the season with a promising 4-0 record. On paper, NorthWood’s road to a sectional title would take some work, especially with a 9-0 Leo on the other side of the bracket.

Finally, Wawasee and DeKalb both limp into a postseason matchup that brings back memories of a matchup between the Browns and Lions from the early 2000s’. At just 1-8, neither team has had the season they wanted or expected. As mentioned earlier though, every team in the state has hope coming into Friday night.

DeKalb and Wawasee have not faced one another in a sectional matchup since 2012 when the Warriors emerged with a 27-14 win. That marked just the second time Wawasee had downed DeKalb in six postseason attempts.

This game should be incredibly intriguing as both squads showed impressive amounts of grit and fight in their most recent matchups. Wawasee fought hard in a 28-25 loss against the Goshen RedHawks. The Barons, on the other hand, allowed the undefeated Leo Lions to score just 14 points in a 14-0 win. If nothing else, it shows that both teams are playing inspired football at the right time. Both teams find themselves in the same sectional as NorthWood and Leo and the oddsmakers have taken note. John Harrell gives Wawasee a 1.39 percent chance to win the sectional. DeKalb is even lower at just .77 percent. 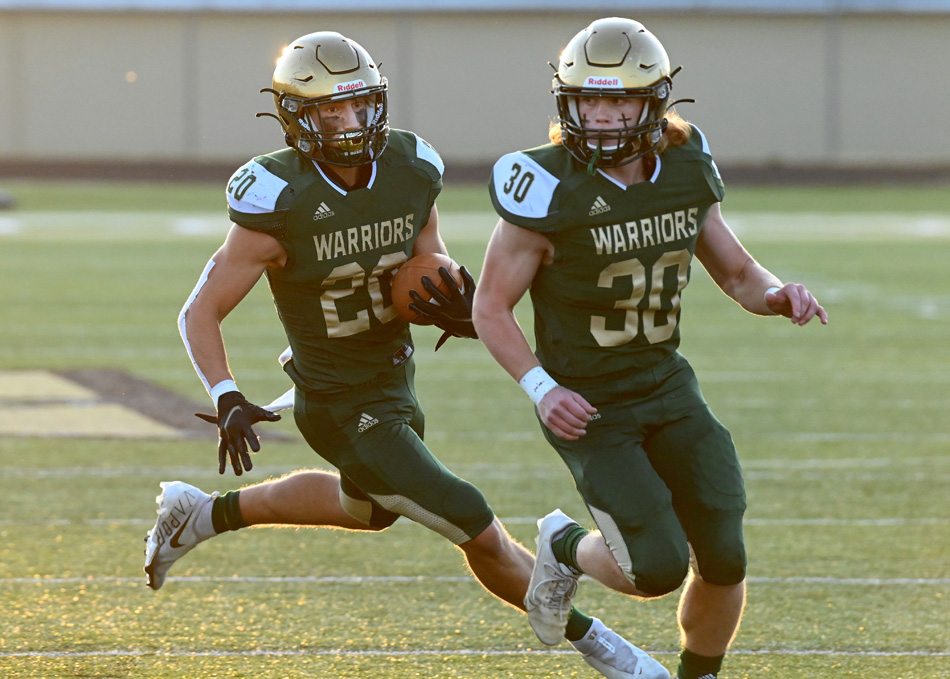 Wawasee’s Nate Larson (20) and Cam Zimmerman (30) will be important pieces to the Warriors’ home battle against DeKalb.