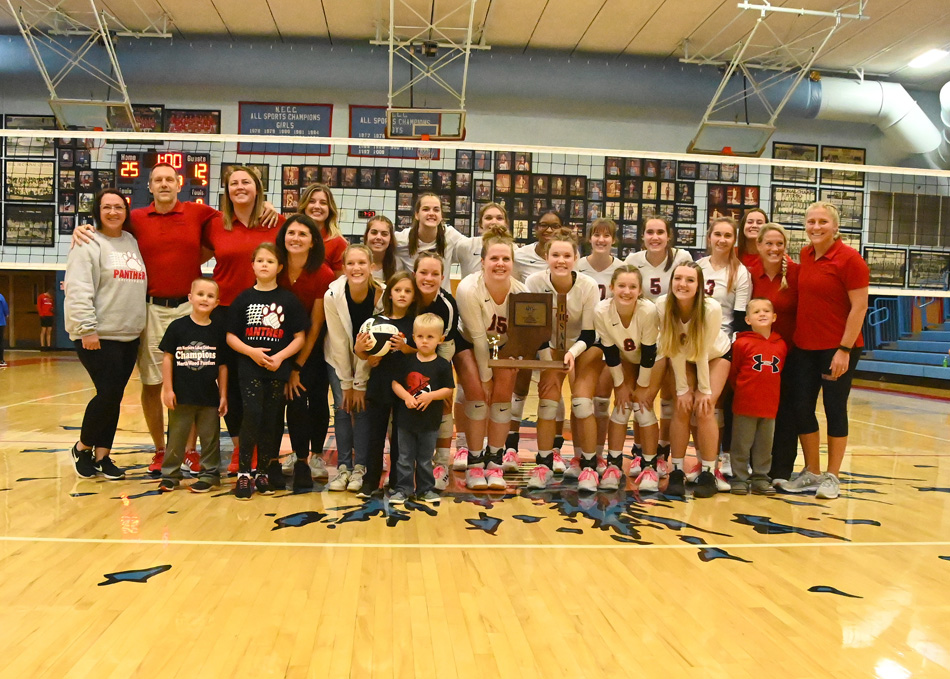 LAGRANGE – NorthWood volleyball head coach knew all too well what could have happened. She was having none of it.

After finding herself subbing as head coach and leading the NorthWood girls basketball team to an improbable run to the sectional final last February, Laidig wasn’t about to let West Noble complete any similar, improbable marches. The Panthers would crush West Noble 3-0 to win the Lakeland Volleyball Sectional Saturday night.

“We served really tough and that made a problem for them, and when we had the ball, we put it away. They were very consistent,” Laidig said of her team.

West Noble, which had upset a 20-win Tippecanoe Valley team on Thursday and a 13-win Jimtown win Saturday morning in the semis, had won just six games coming into the tournament. But with a healthy lineup in tow and all the manufactured momentum it could pack into its backpacks, the Chargers presented at least a threat to the 30-2 and fourth-ranked Panthers.

That threat lasted all of about 10 minutes. 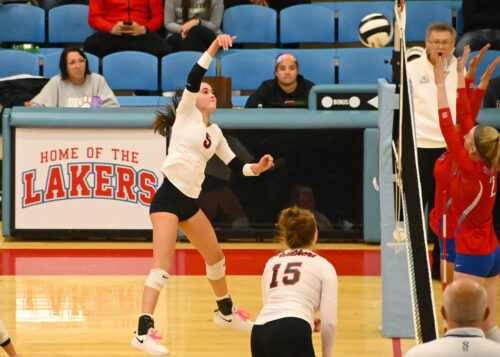 A 4-3 start to the match yielded to a mix of NorthWood power and West Noble mistakes to run out a 19-6 Wood lead. Alana Lehman, possibly the streakiest of the streaky in terms of execution, found her groove at the end of the set, recording two aces and a block to close out a stunning 25-6 first column.

The writing was officially on the wall at that point, and case in proof in a 12-4 NorthWood run to start the second. After West Noble chipped away to get it to 14-8, NorthWood used kills from Sophia Barber and Karis Bennett to build a 20-10 lead. At 25-13 after game two, even Black Swish basketball hero Kendal Miller in the crowd knew there was no need to worry about a West Noble Hail Mary.

Bennett buried three kills to open a 13-2 lead in the third. Using the opportunity to get in some subs, NorthWood’s future showed the present it won’t be going anywhere for a while. Seldom used Lauren Keck and Aaliyah Bonner got some time in the mix, as did Emery Porter and Jessie Price.

“It’s so impressive,” Laidig said. “There’s two out there with Karis Bennett, almost like a freshmen missed last year with an ACL, and just stepping up. Hannah Chupp is young, Jessie Price is young. Amazing.”

Of the regulars who impacted the final, Lehman had 10 kills and four blocks, Barber had eight kills and 11 digs, Claire Payne had seven kills and a block, Macy Lengacher dug 18 Charger attempts and Annika Bennett had 30 assists, 10 digs, three kills and three aces.

“It’s just keeping intensity and staying focused,” Lengacher said. “We knew this wouldn’t be a cake walk, especially having to beat Wawasee this morning. Every team has that fight. Literally, we just wanted to keep that intensity and have some fun.”

West Noble (8-23), which had all sorts of roster interruptions during the season, finally had the gang all together coming into the sectional. But Saturday night NorthWood was able to neutralize Maysie Clouse at the net, the Chargers struggled to pass, leaving setter Sam Klages scrambling all over the court trying to salvage chances, and Carolina Flores left the match after the first set with a neck injury.

NorthWood (31-2) will head to the Norwell Regional next Saturday, where it may not be Back To The Future revisiting the past, but NorthWood will get to revisit the 2019 bracket of a very memorable regional tournament. The Panthers will take on Northwestern in the morning semis, with Angola and Bellmont making up the exact four teams from the 2019 regional with the exact matchups. 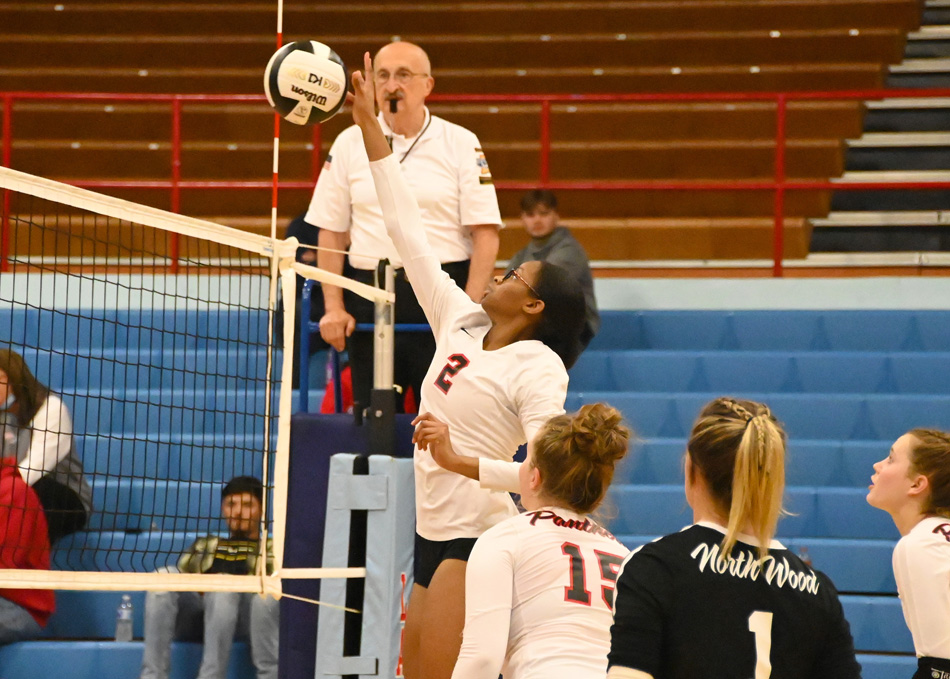