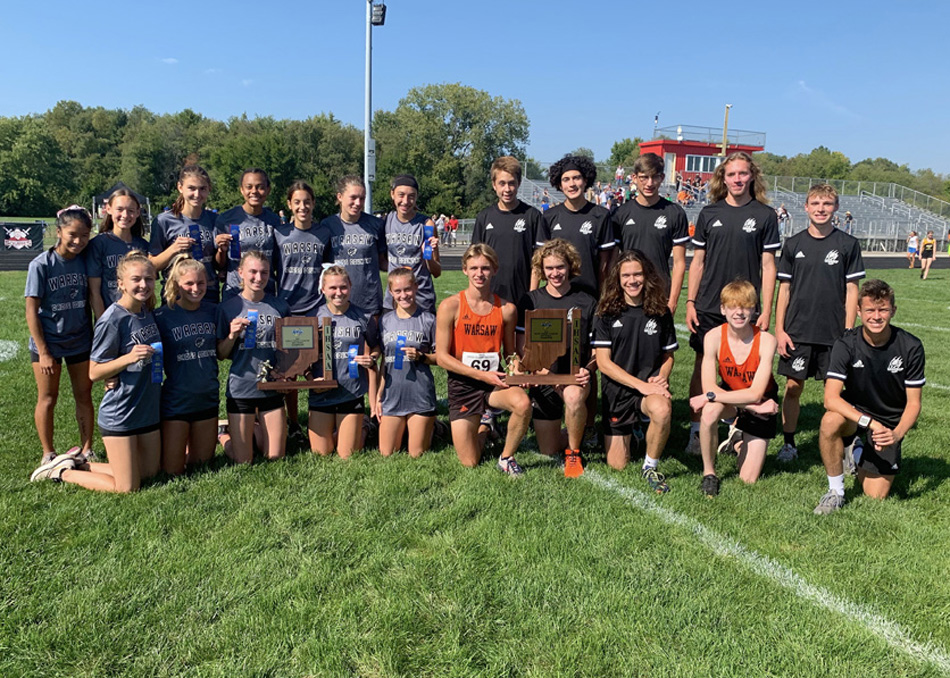 NORTH MANCHESTER – Take care of matters and live for another week.

Much was the case with those predicting their fortunes at an unseasonably hot and humid Manchester Cross Country Sectional Saturday morning.

In what lays out as a leisurely stroll across the Manchester High School property, pop up showers in the past 24 hours plus some uncommon humidity on an October morning made optimal running conditions somewhat difficult. That didn’t, however, change much in terms of expectation for Warsaw’s teams and those chasing them.

The Tiger boys didn’t put on a show as it has in recent years, but repeated as champion with a scant 34 points to Culver Academy’s runner-up 57. The Eagles did have the overall champion in Sam Tullis, who pulled away from Warsaw’s Garrett Hall for a 16:44 championship run, Hall coming to the scorer’s tent at 16:52. Tigers Harrison Phipps and Luke Nier were next across the line in third and fourth, respectively, at 17:01 and 17:14.

It was from there, however, that Warsaw head coach Jim Mills was less than pleased with his lineup, and even didn’t mince words about how his top three performed throughout. Tyler Swartz was ninth at 17:50 and Ryun Hoffert was 16th at 18:19, while Clark Meridew and Nate Knecht were 19th and 22nd, but all lost ground on trackers through portions of the race.

“Not going to lie, it was a little ugly today,” muttered Warsaw head coach Jim Mills. “The gaps in the times today are a little concerning. I knew the times weren’t going to be good with the course being soft and mushy and it being hot right before the start of the race, but the gaps concern me. You just look at them and at times today and their legs looked like they weighed 200 pounds. We kept seeing them looking around, and I know what they were doing, ‘Well if that guys isn’t close to me, I ain’t pushing it.’ I think that’s kind of what happened.”

The Lady Tigers ran the second race as the temperatures rose into the 70s and the ground seemed to sponge even further. The Joey Rastelli hit parade just kept on producing, the super sophomore once again not pushed in her title-winning 19:28, runner-up Madilyn Calloway of Rochester almost a full 40 seconds behind. Once Rastrelli hit the back side of Manchester’s property approaching the 1K, she was gone.

After a tough run at the Northern Lakes Conference Championships a week ago, Ava Knight was back near the top, coming in fifth overall at 20:42 and scoring as No. 2 for the Lady Tigers. Wini Barnett was seventh at 20:54 and Mikayla Mimnaugh was right behind at 20:58. Marissa Howett gave Warsaw it’s fifth score at 21:07, and the trailers of Regan Brouwer and Amanda Lusinde put all seven of Warsaw’s runners in the top 14 overall.

Citing the conditions as the biggest obstacle, Warsaw head coach Jason Fleming empathized with his runner’s plights on the course.

“We had a lot of movement up and down the line today,” said Fleming. “Ava moved up and Wini slid back a little, but that’s sometimes to be expected with conditions like these. Everybody has been picking up spots when someone doesn’t have a great race. Marissa was the big jumper today, hitting our fifth spot. Mikayla was in our three spot today. We are getting to the point where I don’t worry if someone has a bad day because we’re stepping up and picking each other up.”

Qualifying for the regionals with both of Warsaw’s teams were the boys and girls teams from Culver Academy, Plymouth, Rochester and Manchester.

Individually, Tippecanoe Valley will send five total runners onto the regional at Culver Academy next weekend. Chesnee Miller (21:21) and Bailey Bussard (23:02) will go for the Lady Vikings and Evan Myers (19:54), Isaac Whetstone (20:26) and Brady Rodgers (21:04) will move on for the Vikings.

Triton had three make the cut for advancement in Jocelynn Faulkner, who was eighth overall in the girls race at 20:55, and both Jaydon Heckaman (20:52) and Travis Barnhart (21:07) for the Trojan boys. 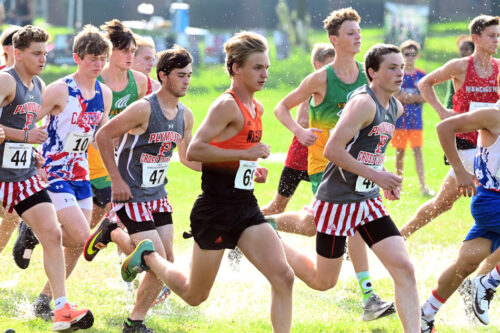 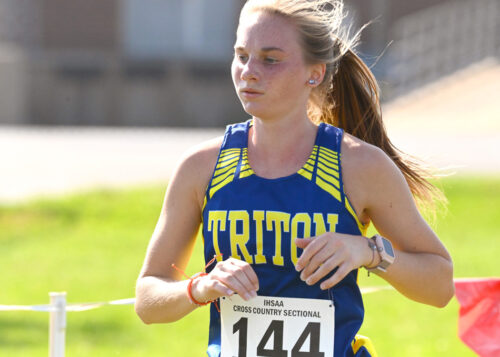 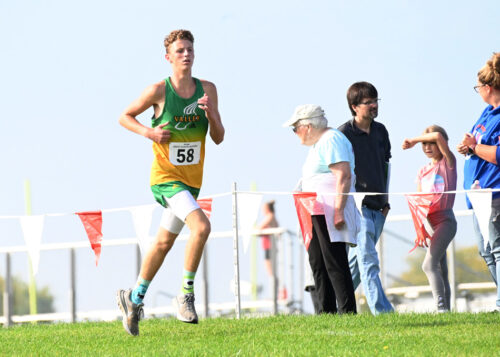 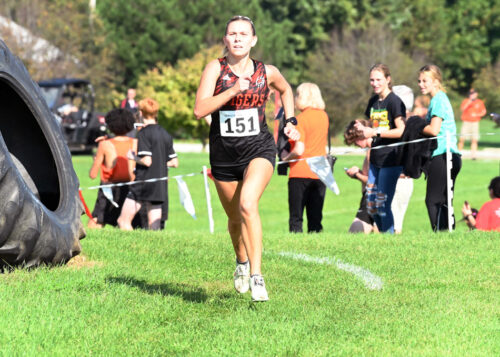