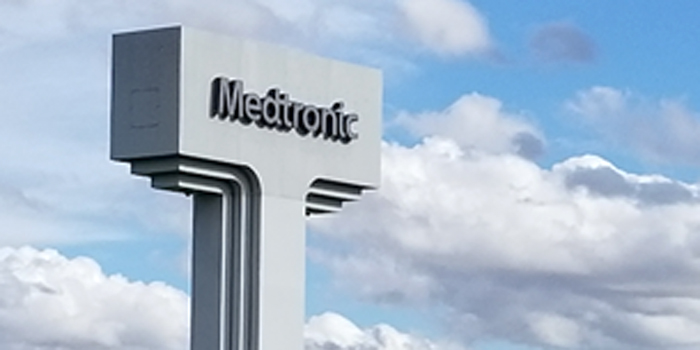 A view of the large Medtronic sign along U.S. 30 in Warsaw is seen on Thursday, Oct. 7. InkFreeNews photo by Dan Spalding.

WARSAW — Medtronic will close its Warsaw location in 2024, according to the director of the Kosciusko Chamber of Commerce.

Attempts to gain comments from Medtronic employees in Warsaw and in the company’s U.S. headquarters in Minnesota over the last two days have not resulted in any replies.

But Kosciusko Chamber President and CEO Rob Parker said he could confirm the plan through an employee.

Parker said he believes Medtronic is moving jobs to other locations and will close the entire plant in Warsaw.

He was unsure how many people Medtronic employs at the Warsaw facility, which is primarily involved in spinal products and biologics.