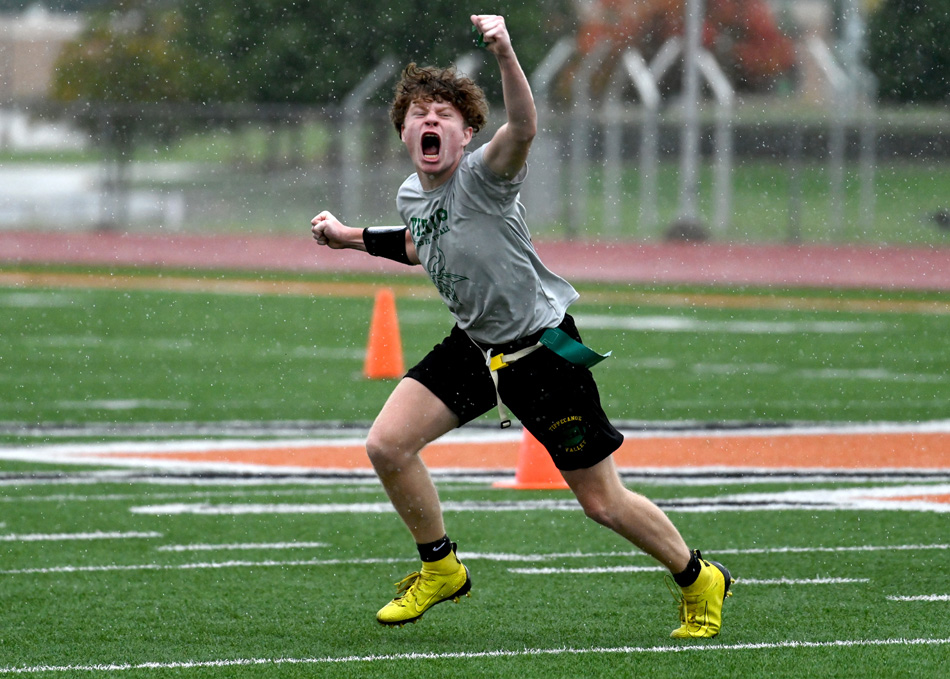 WARSAW – There were several elements put in front of Tippecanoe Valley and its quest to a Unified Flag Football sectional title.

Having won its last sectional championship at home in 2019, Valley would have to travel to Fisher Field at Warsaw, the site of its first title in 2018, and get the job done in a sectional bracket that expanded from four teams in 2018 to seven in 2021. It also would have to go through two-time defending state finals runner-up Fort Wayne Carroll in the opening round.

Oh, and by the way, a major rainstorm was on the way.

Check, check and check for the Vikings, which weathered all the elements to claim its third Unified Flag Football sectional title after knocking off Manchester, 22-20, in the championship game Saturday afternoon. 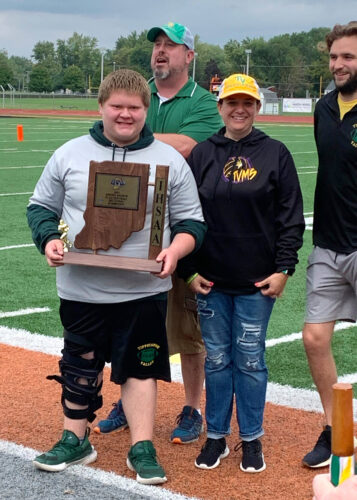 Starting its day against the two-time northern Indiana rep in the Unified State Finals, Valley had to figure out a way to keep the speedy Carroll Chargers in front of its defense. The Vikings would strike first, a touchdown catch and two-pointer from Cooper Walls to open the scoring at 8-0.

Carroll would score the next two touchdowns, the first from AJ Bane and the second from Ashlyn Lingg. Carroll would only convert one of the two one-point tries, however, and sat at 13-8 on the scoreboard.

Valley and Carroll would trade touchdowns just before the half, Trystan Woodcox for the Vikings and Ari Segovia in for the Chargers. Neither team converted extra points, so the score at the half stood at 19-14 Chargers.

The second half would see just one touchdown, that coming from Owen Kluesener, who outran the Charger defense to the corner and slipped in over the pylon for six and a 20-19 lead.

It would hold up for the Vikings, who had to make two separate defensive  stops to preserve its lead, including an interception by Walls on the final play of the game to send the Vikings on.

“This group of kids have heart and they play so hard every single day,” said Valley head coach Kris Walker. “We’ve got more football ahead of us and we want to keep going. We had a bad taste in our mouth last year with that sectional loss. But the reality is, we came to play.”

Valley would take on another Allen County dweller in Homestead in the next round, and the first-ever matchup between the two teams had the Vikings emerge with a 38-20 victory to head to the sectional final. Waiting were the Manchester Squires, which were a 2020 sectional champion itself. Again needing to make a defensive stand, Valley held on late and claimed a 22-20 victory.

Valley, which went to the inaugural Unified Flag Football State Finals in 2018, move to the regional round where it will take on Valparaiso in the four-team pod. McCutcheon and DeKalb are also in the regional, all winning sectionals on Saturday. The site for the regional will be announced early next week by the IHSAA.

Also at Warsaw were the host Tigers, which drew Homestead in its first game of the day. The Spartans scored a late touchdown to pull away with a 34-26 win.

“It was awesome,” started Warsaw coach Tricia Johnson. “It’s kind of sad to see these seniors go. One of them is my daughter, she’s kinda teary-eyed too. To see them fight hard to the end today, we had a couple rough ones with Wawasee and Valley (earlier in the season). We’ve worked hard, unfortunately we didn’t quite make it to the end.”

Wawasee and NorthWood both were active at Central Noble’s sectional tournament, and both found their fates in the first round.

DeKalb would continue on with a 34-0 win over its backyard rivals from East Noble, and after Central Noble topped Goshen 25-16 in the second semi-final, DeKalb raised its first title trophy with a resounding 49-27 win over the Cougars. 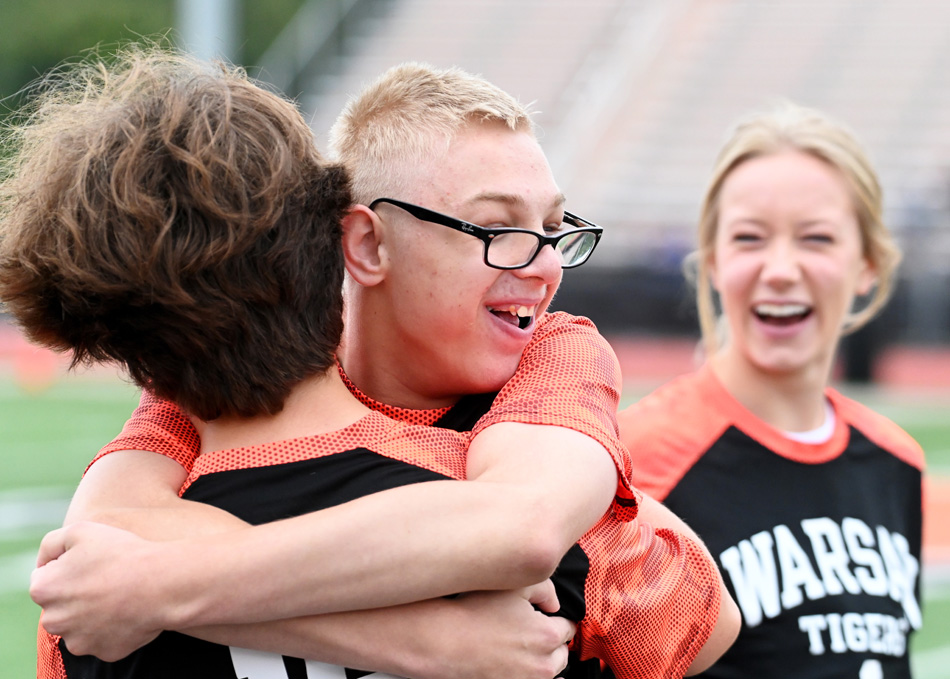