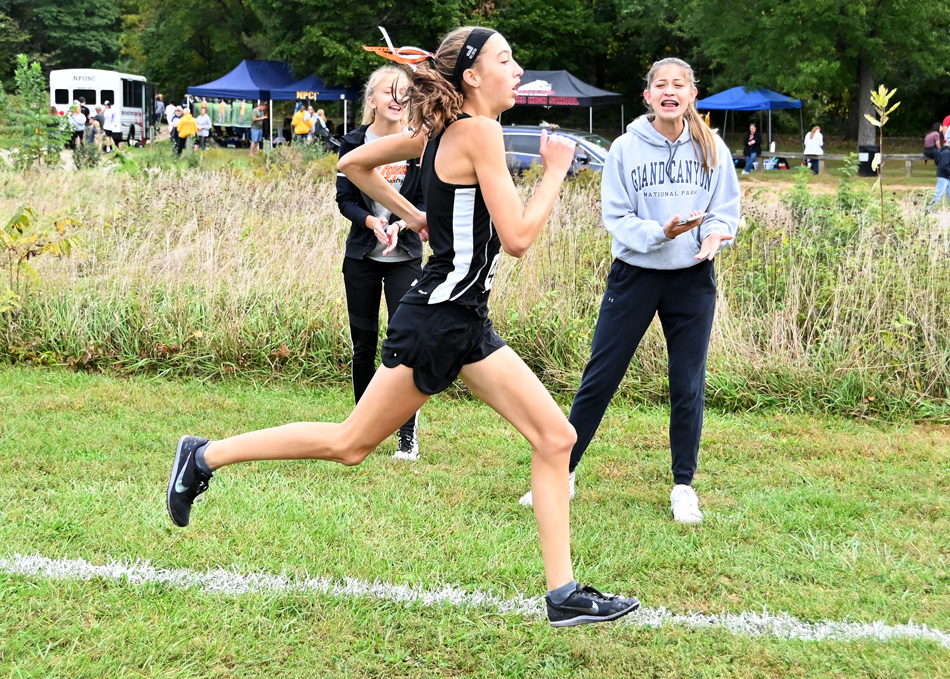 ELKHART – Turn about is fair play for the Warsaw girls cross country team.

After losing to Northridge by one point in both of the regular season super duals, Warsaw finally broke through in topping the Raiders and gaining a split of the Northern Lakes Conference team title in the championship race Saturday morning at OxBow Park.

Warsaw would score 29 points to Northridge’s 39, getting a key run from Mikayla Mimnaugh, who outran Northridge’s Clare Ritchie to the line at 19:52, winning the split by five seconds, but giving Warsaw a third runner in the top five. Sophomore sensation Joey Rastrelli had no trouble winning the race (for the third time this season) at 19:08. Ridge would run in its first two with Haylee Hile and Tame Baylis coming in 18 and 19 seconds later, respectively. But Wini Barnett gave Warsaw a two, and Mimnaugh was right behind.

The Lady Tigers would have Regan Brouwer follow Ritchie in, and Elizabeth Vander Bie in 12th wrapped up the title. 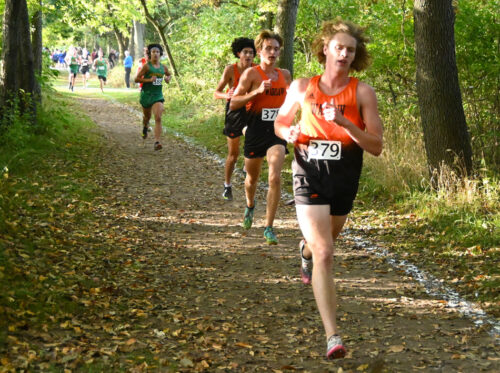 The RedHawks, having a perfect 14-0 mark in the two super duals, fended off contenders Northridge (56) and Warsaw (90) to earns its second straight NLC crown. Led by champion Cole Johnston’s championship 15:24 and runner-up Drew Hogan’s 15:33, Goshen also had two of the next nine with Tommy Claxton in fourth and Luis Loera in 11th.

After leading the front half of the race, Northridge’s Jack Moore fell off the pace on the back stretch and settled for third at 15:50.

The Tigers, which will break away from most of the conference teams to compete at the Manchester sectional next weekend, had Garrett Hall, Luke Nier and Harrison Phipps all come home in succession at OxBow. Hall led the trio at 16:46, Nier three seconds back and Phipps four seconds behind Nier. Tyler Swartz (17:18) and Ryun Hoffert (17:36) made the scoring five for the Tigers.

“The reality of this meet was we better be third,” began Warsaw head coach Jim Mills. “With NorthWood, Justin has really improved that program and they are getting much better. This meet probably played out how it’s been all year, but we were going to have to run better to make sure we secured third. We knew Goshen and Northridge had too much for us to catch.”

For the Panthers, Brady Hunsberger returned to form after a tough mid-September race at Warsaw’s super dual stop. Hunsberger raced to a 16:33 and ninth overall, climbing over 15 spots from his regular season meet race. Jordan Burden and Owen Allen were 16th and 17th at 16:58 and 17:04, followed by Cole Davies (17:22) and Bereket Bennett (17:36). 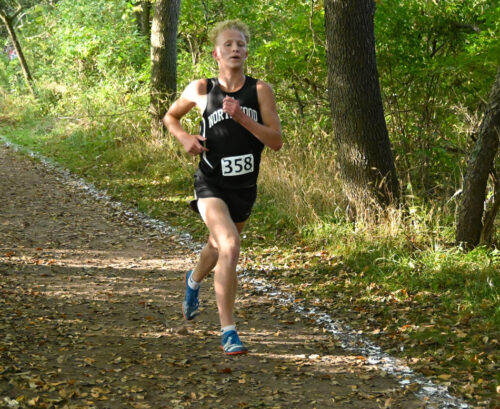 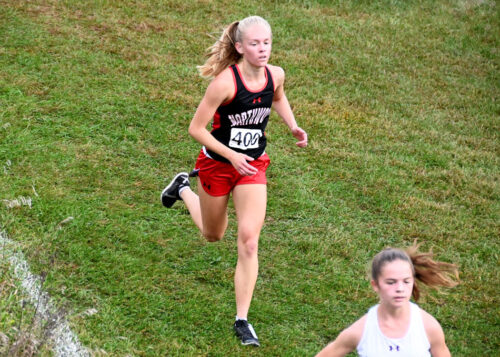 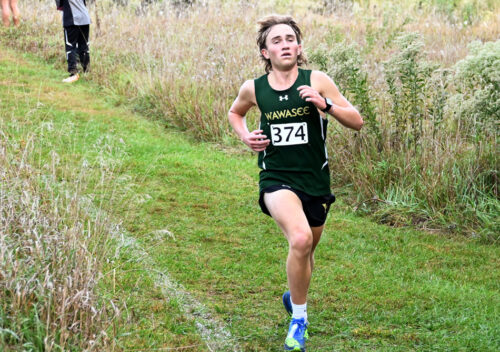 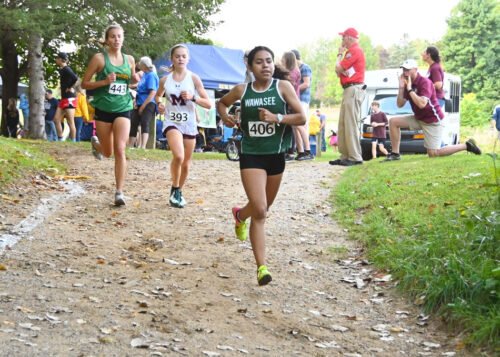