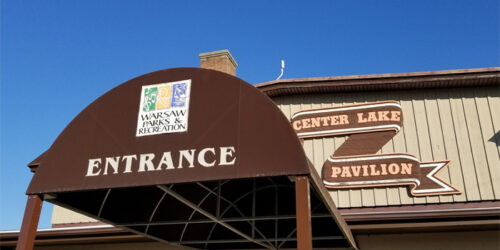 Testing and vaccines, including booster shots, are available from noon to 8 p.m. at Center Lake Pavilion in Warsaw. InkFreeNews photo by Dan Spalding.

WARSAW – The final day of a three-day vaccination clinic in Warsaw is from noon to 8 p.m. Wednesday, Sept. 29, at the Center Lake Pavilion.

Turnout during the first two days was described as steady but light, and officials hope more people in need of a vaccine will visit the state-run clinic as the county continues to see a COVID-19 vaccination rate hovering around 43 percent.

Along with numerous vaccination options to choose from, the clinic is also offering the Pfizer COVID booster shot, which recently became available for those who have received the Pfizer vaccine already. Anyone can also be tested for COVID-19.

No appointment is necessary but can be made by calling 211 or going to ourshot.in.gov. Anyone can also just drive up without an appointment. All of the services are free.

Dr. William Remington, health officer for Kosciusko County, said he and his wife both received their booster shots on Monday at the pavilion and did so without getting out of their car.

They qualified for the booster under a long list of medical and workplace circumstances (see the list at the end of the article) allowed under the current provisions.

On Wednesday, Sept. 29, during a news conference in Warsaw City Hall, Remington said he experienced minimal side effects after the booster shot and advocated for others who qualify to get the extra jab.

Remington pointed to the success of boosters in Israel.

He said he believes the booster shot is now available at many of the places that are providing COVID vaccines.

“Getting a booster dose, at least for a few months, will really boost the naturalized antibodies. It’s not just about the science,” he said. “It softens the hospital admission rate. Deaths are lower. I think the booster strategy is very legitimate.”

Also at the press conference, Warsaw Mayor Joe Thallemer spoke of the importance of vaccines and the local opportunity.

“We’d really like to see it pick up,” Thallemer said.

He said the process is quick and convenient. “I don’t think it can be any easier than that,” he said.

Meanwhile, officials said they continue to see improving statistics locally and at the state level.

The number of counties listed in red has been reduced from 25 to 13. Kosciusko County continues to be in the orange category.

Statewide, the number of new cases has fallen for three consecutive weeks. Hospitalizations are also declining.

The county did see four new deaths in the past week.

Remington had been predicting an uptick in deaths, based on statistics from a few weeks ago.

Testing continues to be available at the Kosciusko County Fairgrounds.

The Bowen Center reported a decrease in the number of those seeking tests. Last week, the average number of people seeking a test had dropped to below 100. It had been averaging about 160 in previous weeks. 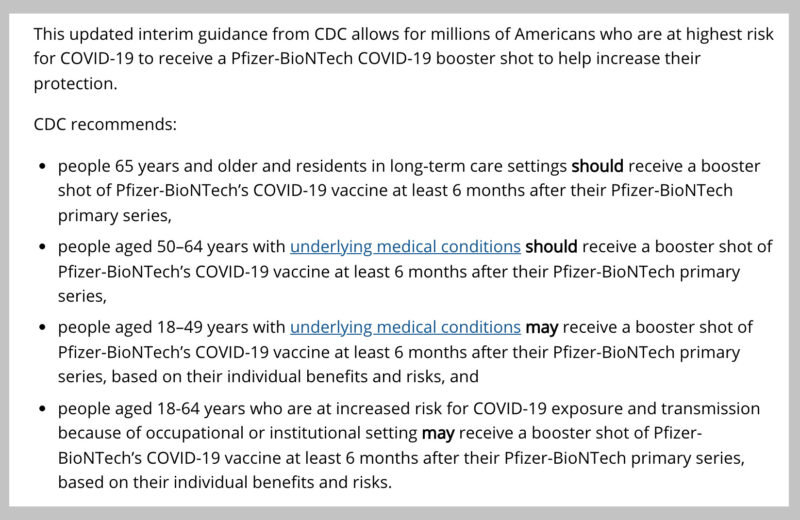 Information provided by the U.S. Centers For Disease Control and Prevention.