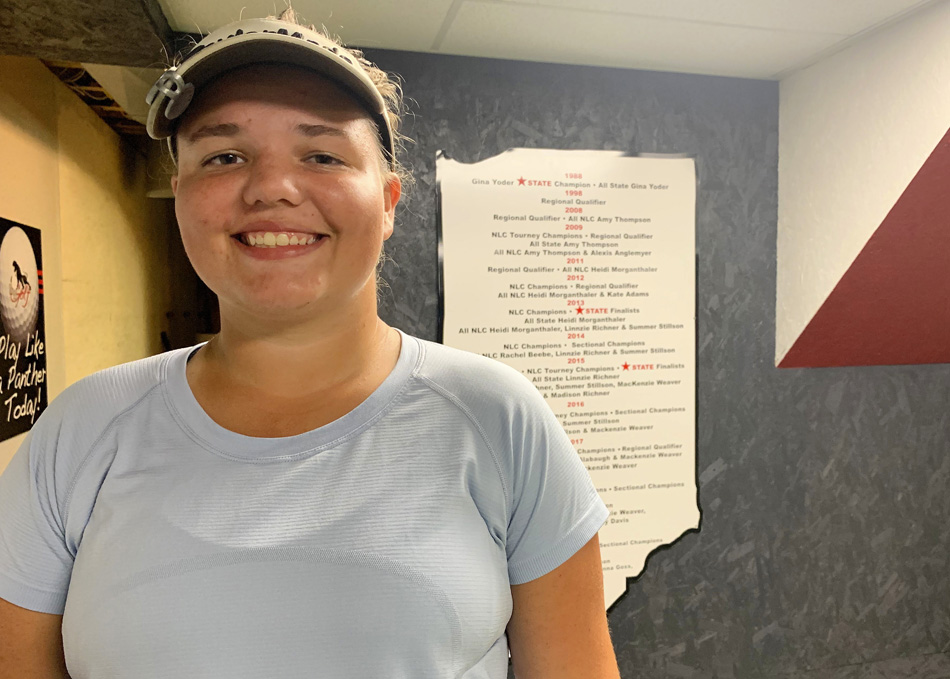 Riley Kitson is building quite a legacy at NorthWood, preparing to play in her third IHSAA State Finals with her second team, the first-ever athlete at NorthWood to do so with two program. InkFreeNews photos by Mike Deak

NAPPANEE – There are several ways to look at the historical track that Riley Kitson is on at NorthWood. The junior is a hard worker, displays the right attitude, and is a good teammate. She also might just be in the right place at the right time, with the right teams in the right settings.

Any way you slice it, Kitson will make school history this weekend at the IHSAA Girls Golf State Finals.

By participating in Friday’s opening round, Kitson will become the first athlete from NorthWood to ever compete in three different IHSAA State Finals with multiple teams advancing to the state finals – twice in girls golf and once in girls basketball. Kitson was a freshman alternate on the NorthWood golf team that played in the 2019 Finals, but was on the bench for the Black Swish’s magical run to immortality in February of 2020.

Kitson then golfed in the state finals last year, and with her teeing off at Prairie View Golf Club Friday morning, will accrue the prestigious status. Nobody, from Bronson Yoder to Nate Andrews to Gina Yoder to Carol Duncan, can say they made three state finals teams in two different sports with their full teams intact.

“I think it’s awesome to think that I could have something like that on a poster or something in my room, but it’s not really needed,” laughed Kitson. “It’s just one of those cool things that you know and people around here know.” 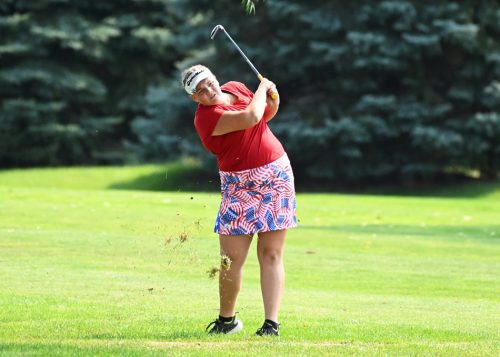 Riley Kitson’s golf game has elevated as a junior, placing top three at the NLC Championships.

While Kitson’s freshman year was largely spent as an understudy, she is now forming her own identity in her third year of varsity sports, specifically this fall in golf. After playing to an average of 44 on nine and 98 on 18 as a sophomore and performing at an Honorable Mention All-NLC level, Kitson turned the corner in 2021. Her nine-hole average dropped by two, but her 18-hole average dropped nine stroke to an 89 average, which dipped to an 85 at the NLC, 77 at the sectional and 83 at the regional.

Adam Yoder, who coached Kitson in both sports, has noticed Kitson’s role becoming a vital one, most notably with the golf team this fall who needed some course leadership behind the two-headed monster of Cybil Stillson and Breanna Goss.

“I have known Riley would be a key player for us for a long time,” Yoder said. “I am very happy for her! She has totally bought into all the things past girls have done to make us successful. The nice thing to have with Riley is similar to what Linnzie Richner and Summer Stillson brought to the table in that they played a lot of sports growing up and had been through a lot of different types competitions.  She certainly knows how to manage that aspect of it very well.”

And while Kitson won’t have McCormick Creek renamed after her, or The Pit having her name scrawled on the court (Steve Neff would have something to say about that), Kitson does understand her role and the reward that comes with hard work and preparation.

“Honestly when I was sitting on that bench at the basketball state finals, I felt like I was a real part of that team in support and having roles in practice,” Kitson said. “When you are actually playing in the game and being involved, like I am this year in golf, there is a different level of excitement and accomplishment. It’s the state finals, you don’t know what that feeling is like until you experience it.” 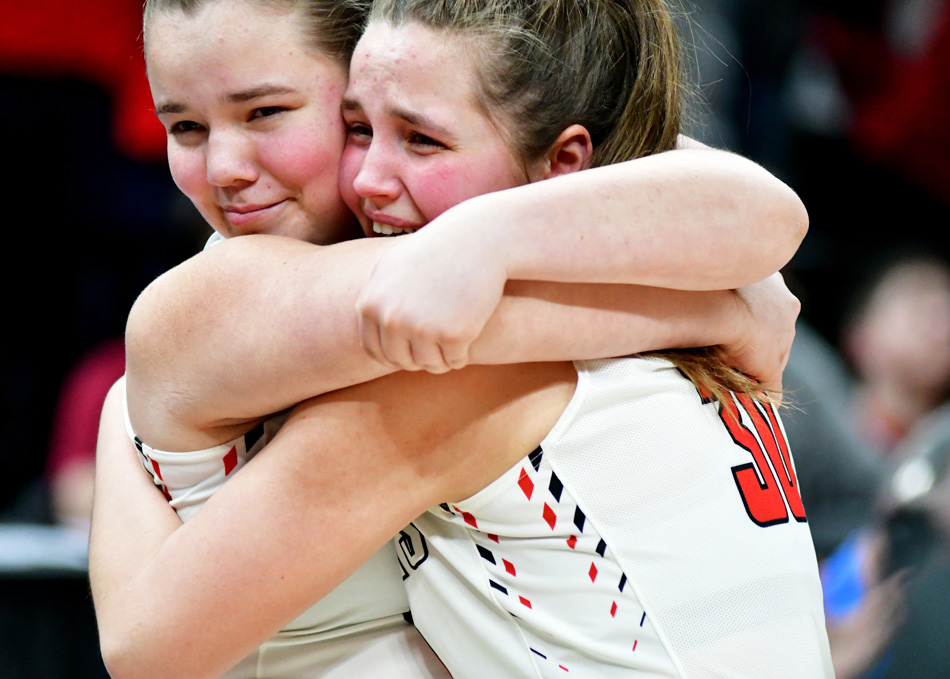