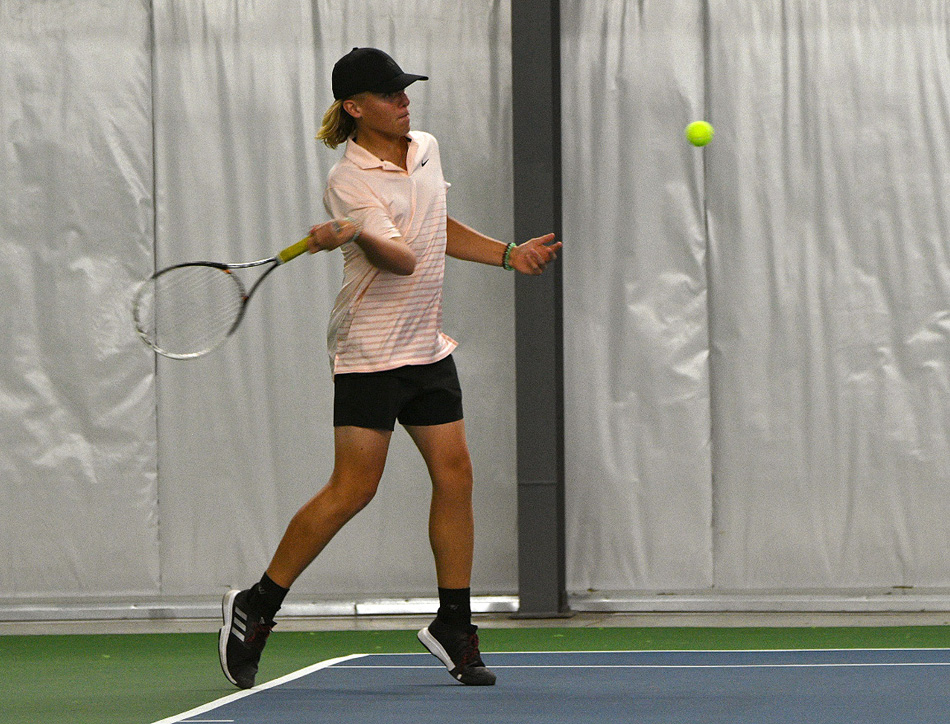 Less than a week ago, the men’s tennis team traveled to face Marian University and came home with a disappointing loss. Today, the Lancers made a much happier trip home from Indianapolis after defeating the Knights 4-2 and advancing to the finals of the Crossroads League Tournament.

Grace (10-2) earned a tough point in doubles play when Ivan Antinori and Facundo Paredes captured the No. 1 spot 7-6, winning the tiebreaker 7-5. Max Rozas and Nicolas Doria had already won at No. 3 doubles 6-3.

Four of the six singles matches went to a third set in the very closely contested match. After Rozas took No. 1 singles 6-3, 6-3, Marian won a pair of three-set matches at the No. 2 and No. 3 contests to even the overall match at 2-2.

The Lancers will play the winner of Huntington and Indiana Wesleyan in the Crossroads League championship on Saturday.

A trio of local doubles teams are still alive for bracket titles after the openers. Warsaw’s Khareus Miller and Jack Reed outlasted Plymouth 6-7 (3), 6-4, 6-3 to move on in the No. 2 tournament, as did NorthWood’s Charles Anderson and Isaac Roberts, which beat Wawasee’s Ty Brooks and Devon Kuhn 6-3, 6-2.

Wawasee’s No. 1 doubles team of Grant Brooks and Holden Babb upset the two seed from Goshen 6-1, 6-1 to move on, which will meet Concord, who knocked off the three seed from NorthWood, Brady Chupp and Chaz Yoder, 4-6, 7-5, 6-4.

Doubles will play its semi-finals on Saturday morning at Northridge, along with the getback rounds for the remainder of the brackets. The championship matches will continue on at Ridge on Saturday, which will feature singles finals pitting Northridge versus Goshen on all three courts.