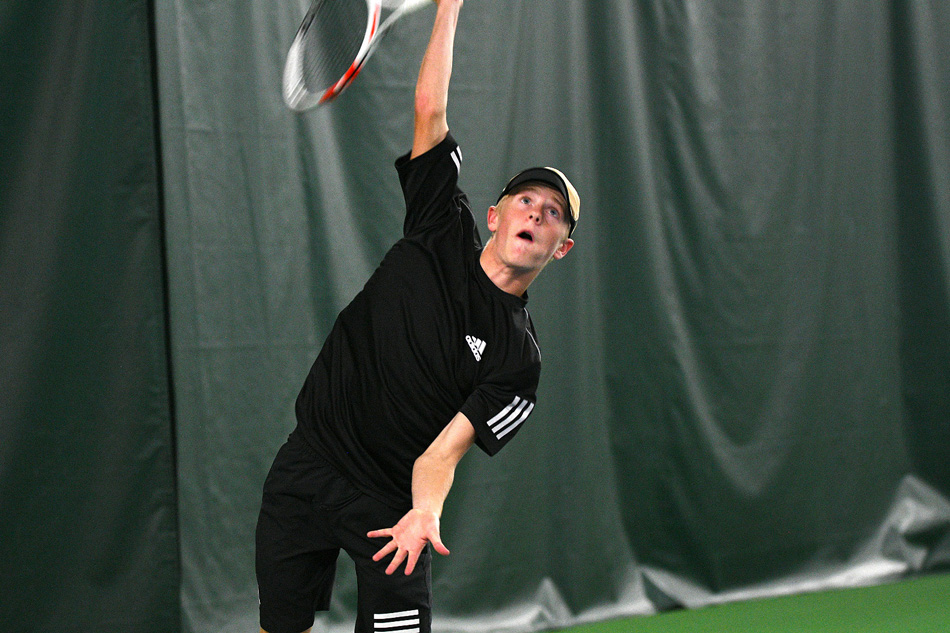 The 4th-seeded Grace women’s tennis team suffered a disappointing loss in the quarterfinal round of the Crossroads League Tournament, dropping a 4-3 decision to 5th-seeded Huntington. The match was played indoors at the Eastlake Tennis Club in Warsaw.

Grace defeated Huntington 6-0 less than two weeks ago, but that match was much closer than the final score indicated. This time the Foresters started off strong, claiming the important doubles point before winning three singles contests to confirm a spot in the Crossroads League semifinals.

The match of the day ended up being at No. 1 singles. Lydia Ruegsegger won the first set 7-5 for Grace, but Huntington’s Morgan Fitzpatrick came back to clinch the match by taking the next two sets 7-6, 6-2.

The Lancers will take to the courts again on September 28 when they host Concordia (Mich.).

The first day of the Northern Lakes Conference Boys Tennis Championships started up Wednesday, although indoors at Culver Academy due to rain at host Plymouth.

Only 10 courts were able to be completed due to the circumstances, which included all of the No. 1 and No. 2 singles courts and two of the four No. 3 courts.

Of the 10 courts, Warsaw, Wawasee and NorthWood had just its No. 1s and No. 2s in action, and only one of the six players won, that being Wil Boren of Warsaw at No. 2, beating Plymouth’s Easton Strain 6-3, 6-1.