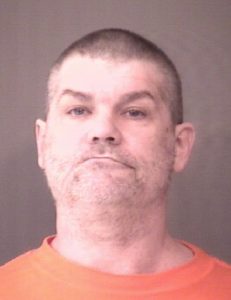 LEESBURG — A Syracuse man was recently arrested after driving while intoxicated, resulting in injury to himself and a passenger in his vehicle.

Larry Lee Dennis Jr., 51, 11510 N. Venetian Drive, Syracuse, is charged with causing serious bodily injury while operating a motor vehicle, a level 5 felony; operating a vehicle with an ACE of .15 or more and driving while suspended, both class A misdemeanors; and operating a vehicle while intoxicated with a prior, a level 6 felony.

The crash involved a 2002 green Ford Explorer, operated by Dennis.

According to police reports, Dennis was traveling west on Rader Road and attempted to make the curve onto Warsaw Oswego Road when his vehicle overcorrected, causing the vehicle to leave the roadway.

Dennis’ vehicle then traveled through a crop field before becoming airborne and entering a drainage ditch.

Dennis complained of lower leg and knee pain. A passenger in his vehicle, Jeremy S. Olmsted, sustained a head injury. Both Dennis and Olmsted were taken by EMS to Lutheran Fort Wayne for treatment.

According to court documents, officers had several reasons to believe Dennis was intoxicated at the time of the accident. These included the smell of alcohol and alcoholic beverage containers in the Ford Explorer. Dennis’s speech was also slurred and his eyes were bloodshot.

A chemical test showed Dennis’s BAC was 0.22. A warrant was issued for Dennis’s arrest in February 2019.

He was previously convicted of operating a vehicle while intoxicated and endangering a person in Elkhart County in January 2018.

For this case, Dennis was booked in the Kosciusko County Jail on Sept. 15, with a $5,750 surety and cash bond.