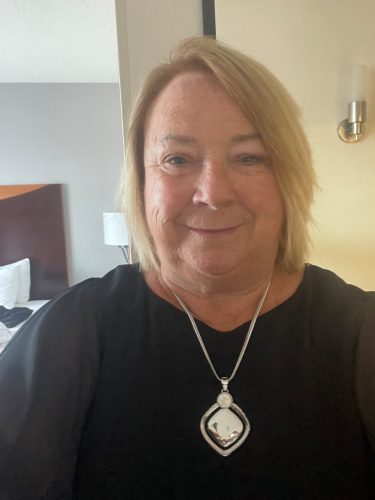 A caucus is scheduled for 6 p.m. Monday, Sept. 20, at the Syracuse Town Hall. If no other candidates file by 6 p.m. tonight,  Friday, Sept. 17,Kaiser needs only one vote to be elected to Hoover’s spot.

In a brief phone interview, Kaiser said a few people approached her about filling Hoover’s seat when he announced his resignation. She was also approached a few years ago about running for the Syracuse Town Council, but she was still the at principal at Milford School and didn’t think the timing was right.

A graduate of Wawasee High School and Indiana University in Bloomington, Kaiser has lived in the area most of her life, having grown up on Tippicanoe Lake.

She was a teacher and administrator in Wawasee Community Schools for 39 years before retiring in 2018. She joined the school corporation in 1979 working at Milford School where she taught first grade for severn years.

“I just like to be active. I’m ready to give back in a different way,” she said.

A big interest of hers is the new ball field since it involves kids. Since she lives on Syracuse Lake, she is also an advocate. She is also know to be an avid water skier.

Kaiser and her husband, Brent, have lived on Medusa Street in District Three since 1985. The couple have two childen, a son, Creighton, and a daughter, Brooke along with several grandchildren. Brent works as a pharmacist.