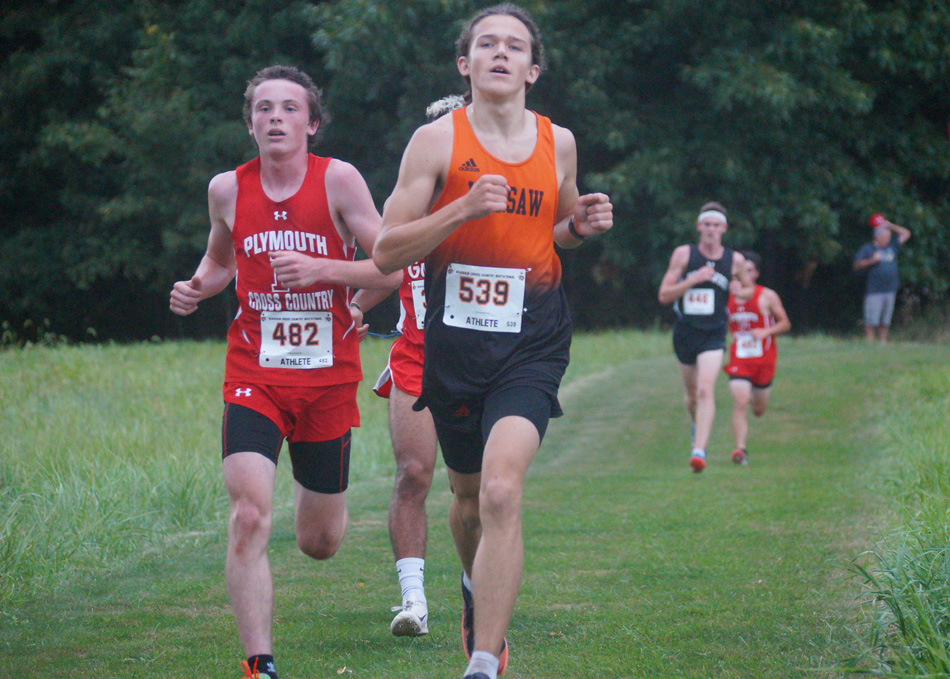 WARSAW – Well, everyone got their answer.

Nearly everyone had their eye on the western skies Tuesday at the Warsaw cross country course, wondering if the runners could outrun the impending weather brewing behind the treeline. The answer was yes for the boys, no for the girls.

The second leg of the Northern Lakes Conference cross country races were set for the boys to run first, and they were able to get their second Super Dual in.

Northridge’s Jack Moore was the overall winner, opening a few extra sets of eyes with his furious 15:23 win, almost a full 30 seconds ahead of Goshen runner-up Cole Johnston. But the RedHawks had Drew Hogan and Tommy Claxton work together to place third and fourth with times of 16:11 and 16:14, which ended up being huge as the RedHawks would fend off the Raiders 27-29 in the team dual.

That was the closest anyone would get to Goshen, which combined with its 7-0 mark in the first Super Dual on Aug. 31, move to 14-0 overall and in the driver’s seat for the NLC championship. The final race will be held Oct. 2 at Ox Bow, Goshen only needing to place second to take the title outright.

The girls race did get underway just after 6:25 p.m. The front half of the racers were past the one-mile mark when officials announced the race was suspended by lightning in the area. Officials and coaches quickly met and determined the race would be restarted Wednesday at 6 p.m. back at Warsaw.