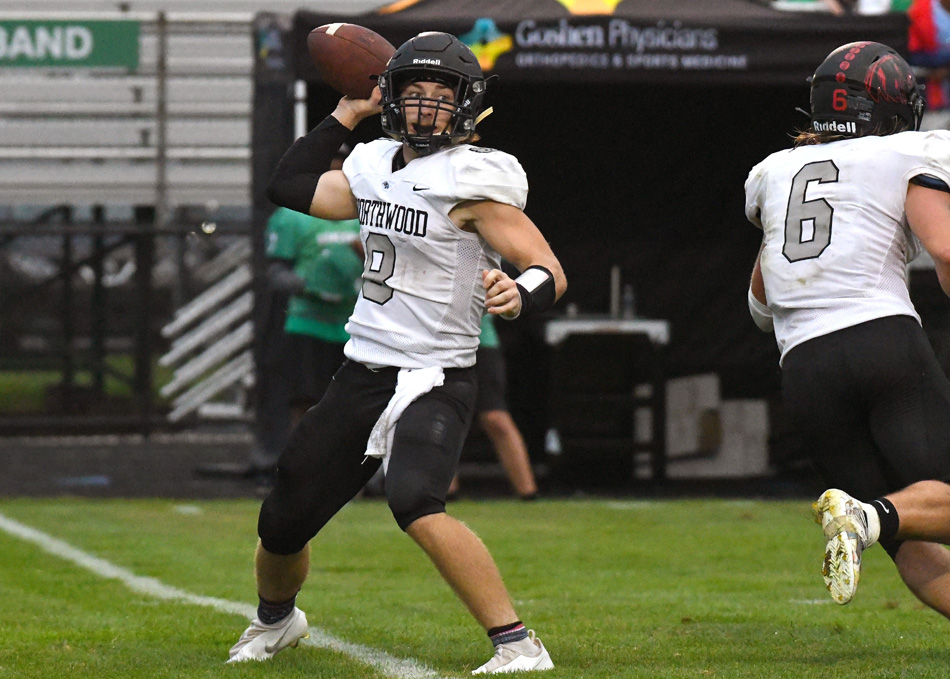 NAPPANEE – NorthWood got everything it could handle from Goshen, but left Andrews Field with a 17-7 win Friday night in Northern Lakes Conference football.

NorthWood carried just a 7-0 lead into the half, and despite a 17-0 lead in the second half, still had to hold off the RedHawks trying to make a late surge.

Kaden Lone led the Panthers with 252 passing yards and two touchdowns, both to NiTareon Tuggle, who had three total catches for 90 yards.

The Panther defense also made a statement, with CJ Kuhn snuffing out a prospective Goshen drive in the third quarter with an interception. Parker Filley also had a sack in the contest.