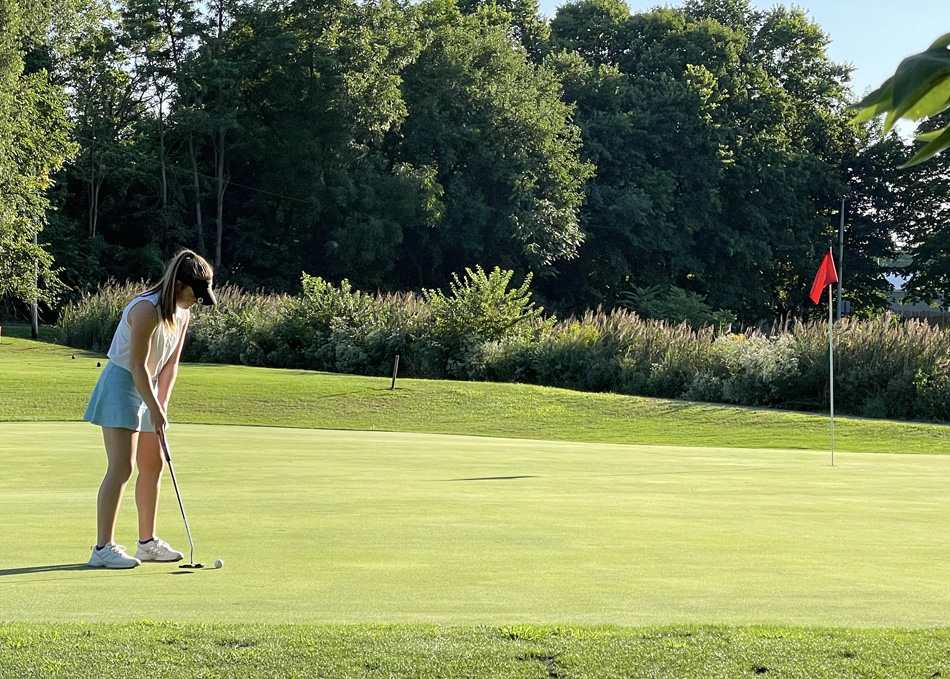 Madelyn Weaver led Valley with a 40, but Maconaquah clipped the Vikings by six in the team win. File photo courtesy Jenny Moriarty

Katie Baker led the field with a 42 to lead the Eagles, and Kenadee Porath was right behind at 45. Pressley Scott at 50 and Khloe Glendening at 53 made up the remainder of the Fremont scores.

Taylor Cripe led Wawasee with a 48, followed by a 52 from Delaney Delagrange, 54 from Ayla Torres and 57 from Rylee Firestone.

Ava Snyder and Kianna Sharp both fired 42s to lead the Braves, with Miranda Stoll at 45 and both Courtney Stoll and Daisy Williams at 47.

Madelyn Weaver was the medalist for Valley at 40 and Kaydence Mellott was one back at 41. Valley then fell off with Molly Moriarty at 49 and Lily Ault at 52.