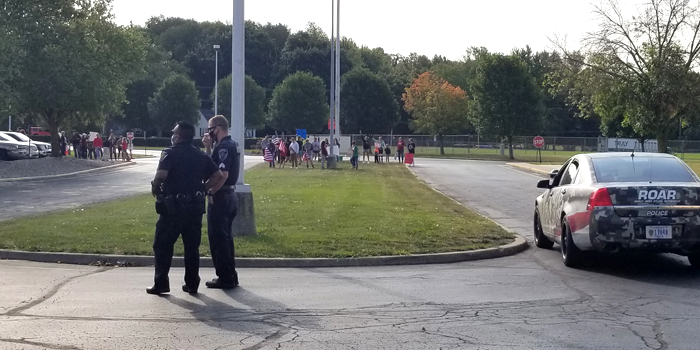 Warsaw Police provided an additional presence at the high school Friday morning, Sept. 10, during a protest and a planned walkout by students. The events remained civil. InkFreeNews photo by Dan Spalding.

Editor’s note: Additional information has been added to this article since it was originally posted.

WARSAW – A proposed student walkout at Warsaw Community High School – part of a national effort against mask mandates – led to a handful of students leaving class on Friday morning, Sept. 10.

The walkout was planned for 10 a.m. and coincided with another small protest outside the front of the high school that included about as many adults as it did children.

Anticipating some kind of disruption, school officials warned students a day earlier that walking out of school would be handled much like truancy and that students could be subject to repercussions.

Administrators kept an eye on the front entrance of the school and additional police were on the school campus during the morning hours.

WCS Superintendent Dr. David Hoffert and a small group of administrators stood outside around the 10 a.m. hour. By 10:15  a.m., Hoffert was told only a handful – roughly six students – opted out of class as a sign of protest against the mask mandate.

The high school has upward of 2,000 students enrolled.

Some parents earlier in the week said they would keep students out of class Friday and others said they were looking at new options for schooling their children. Hoffert acknowledged attendance was down slightly but said they’ve seen very little fluctuation in recent days.

Hoffert has said previously that students embraced the use of masks last year and that that helped the school district remain open last year. That sense of cooperation, overall, continued on Friday.

“It’s gone very, very smoothly. Our kids want to be here. They want to be involved in activities and sports,” Hoffert said.

A few students clearly did not agree.

Tru-lea Mote, a sophomore, was one of those who walked out. She was greeted by her mother, Amanda Sexton, in the parking lot. Sexton said she has four children in the school system.

Tru-Lea said she believes the masks are not effective in protecting against COVID-19.

“They’re trying to control us more and more every day. I don’t like being controlled and being pushed around,” she said.

Sexton said two of her children were at home Friday and the other two, including Tru-Lea, walked out.

Sexton said the decision to wear masks should be left up to the kids and that she plans to keep her children home on Monday.

Hoffert seemed content to let the protests play out.

“We want to encourage students to have a voice,” Hoffert said, referring to their constitutional right of free speech. “We understand there are disruptions that come with the educational environment and we’ve had a longstanding policy that is out there that goes along with leaving the classroom setting.”

Friday’s protest at the base of the American flag included people displaying American flags and various signs. Several of the cars apparently driven by adults in the protest displayed Donald Trump flags, including one that touted a campaign in 2024. One vehicle had a large yellow Gadsden flag with the words “Don’t Tread On Me.”

One of the parents supporting the protest was Leesburg resident Gillian Weaver, who brought her fifth-grade son, Jabrein, to watch the walkout.

“I’m kind of excited that we’re all together standing as one. I feel like it is our body, our choice. The kids have a choice too. If they want to wear a mask, they should be able to, if they don’t, that should also be OK,” Weaver said.

Friday’s protest was the second one at the high school after the school board voted 5-1 on Tuesday to re-instate the mask mandate in exchange for a decreased level of quarantining. A student-led protest before the start of classes on Thursday attracted around 40 to 50 people, including many adults.

Hoffert said the goal is to keep more students in the classroom and make sure schools remain open for in-class learning despite a significant jump in COVID-19 cases in the region. 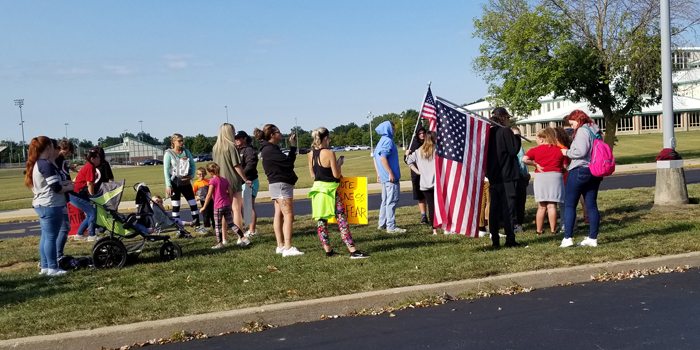 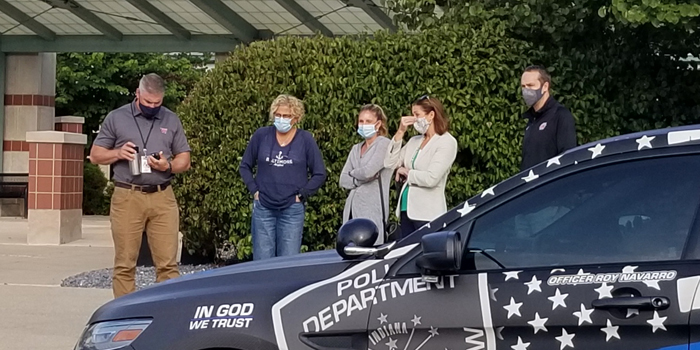 Administrators, including WCS Superintendent Dr. David Hoffert, stood outside the school around 10 a.m. to monitor students choosing to walk out of class over the new mask mandate. InkFreeNews photo by Dan Spalding. 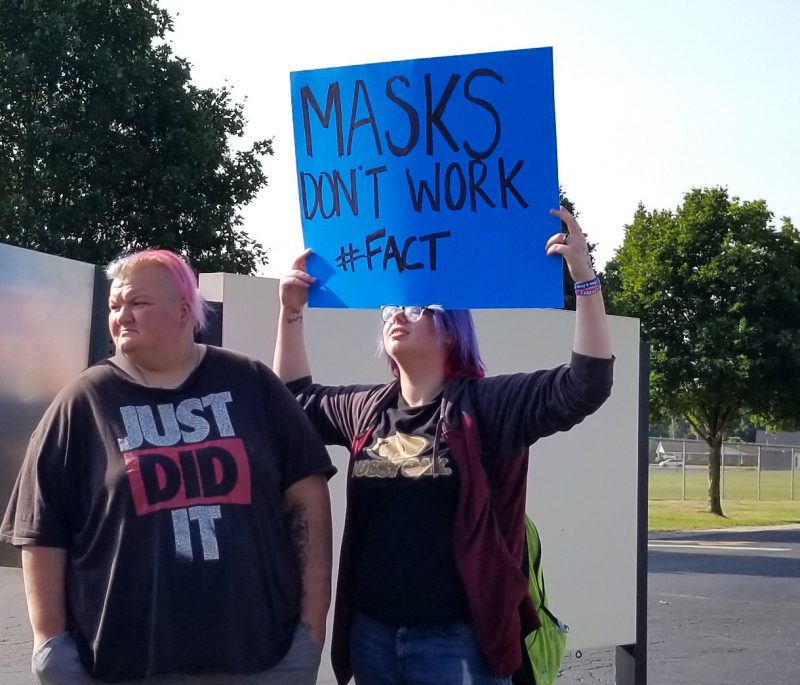 Sophomore Tru-Lea stands with a sign raised after walking out of class Friday, Sept. 10. Standing alongside her is her mother, Amanda Sexton. InkFreeNews photo by Dan Spalding.

Many of the protesters with signs were adults. InkFreeNews photo by Dan Spalding.