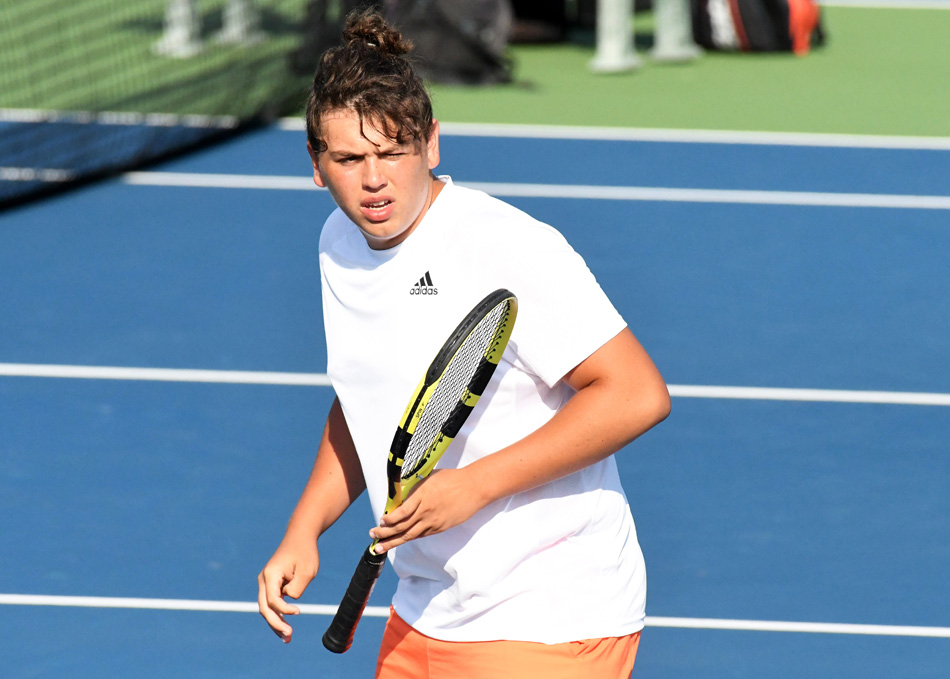 Nick Boren and Warsaw traveled to Homestead Wednesday for a showdown of state powers. InkFreeNews file photo by Mike Deak

In a closer match than the final score indicated, John Glenn pulled out a road win in Akron.

The Panthers were able to grab just one court in Mishawaka.

The doubles tandem of Brady Chupp and Chaz Yoder claimed a 6-3, 6-1 win over Eli Deitchley and Jeffery Bao.

The Tigers ran into the perennial state powers in Allen County and were able to produce just one court.

The two doubles team of Jack Reed and Khareus Miller weathered a 1-6, 6-4, 7-5 win over Owen Thomas and Cole Steinacker for the lone Tiger tally.

Stephen Meier beat Tristan Anderson 6-1, 6-0 at No. 1 and in doubles play, Alex Graber and Matthew Otlen put away Zach Nicholas and Nick Boren 6-3, 6-1.

The Grace women’s tennis squad produced a clean slate of seven match wins to defeat St. Francis 7-0 and remain unbeaten in the early season. The match was a make-up of last weekend’s rainout and was played in the evening, under the lights in Ft. Wayne.

Lydia Ruegsegger paced the Lancers (2-0, 2-0 CL) with easy wins at both No. 1 doubles and singles. She teamed with Kiersten Martin to win 6-3 in doubles and cruised to a 6-3, 6-0 victory in singles.

Anna Graves and Lauryn Riegsecker captured No. 2 doubles 6-0, while Morgan Mast and Jenna Lewis had the closest match of the evening, winning 7-5 at No. 3 doubles.