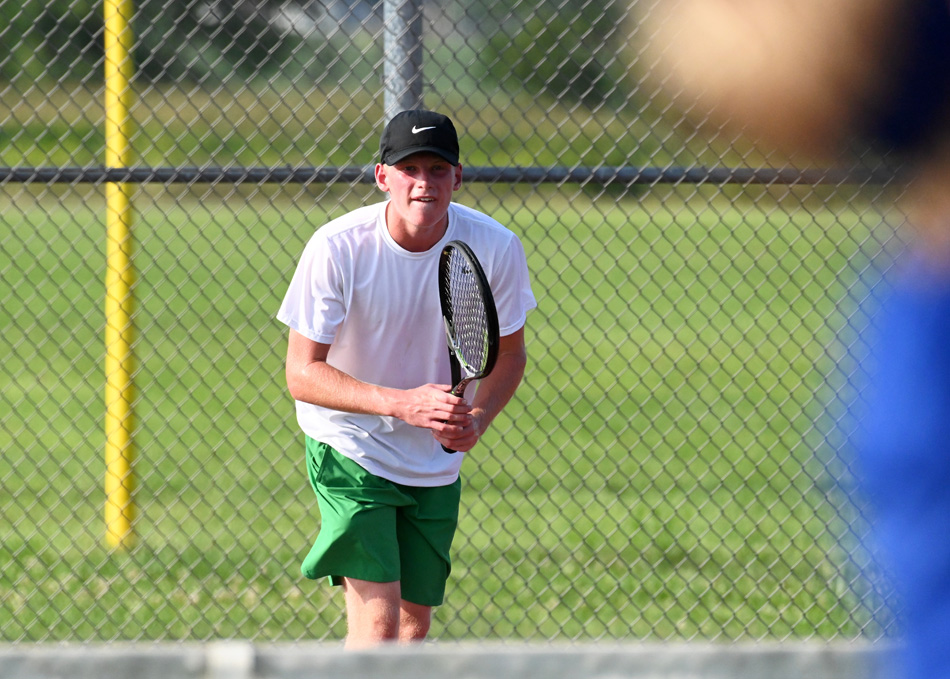 Wawasee’s recent struggles continued with a loss Tuesday at Goshen.

The Warriors, after starting the season 5-1, have lost four of its last five including the shutout at Goshen. All five courts went two sets, Wawasee winning just four games in the second set of each loss. Both doubles teams for the RedHawks, Joey Byler and Carter Schmucker at No. 1 and Myles McLaughlin and Moses Kratzer at No. 2, won via second set shutouts over Grant Brooks and Joey Harper, and Devon Kuhn and Jay Duncan, respectively.

Pi Wellington beat Holden Babb two and one at No. 1, Moses Sawatzky two and two over Zeke Keim at No. 2, and Isaac Stahly one and one over Blaine Baut at No. 3.

Goshen claimed all three of the JV courts.

Action moved indoors to Eastlake in Warsaw, and the Raiders sent the Tigers up the river without the paddle.

Both the twos were winners for the Tigers, Wil Boren in singles with a 6-3, 4-6, 6-2 winner against Brandon Lomas and the duo of Jack Reed and Patrick Stump with a 6-3, 6-1 win against Mason Martin and Zach Martin.

It was just singles play in Bourbon, and Triton nearly pulled off a sweep.

Without any doubles teams available, Triton took two of the three singles courts to put the squeeze on the Vikings. Connor Large beat Dylan Neese at No. 1 6-2, 6-4 and Caden Large beat Wyatt Reiter at No. 3 6-0, 6-0. The Valley flip came at No. 2, where Cam Manuel beat Damon Kuntz 6-1, 6-0 for the point.