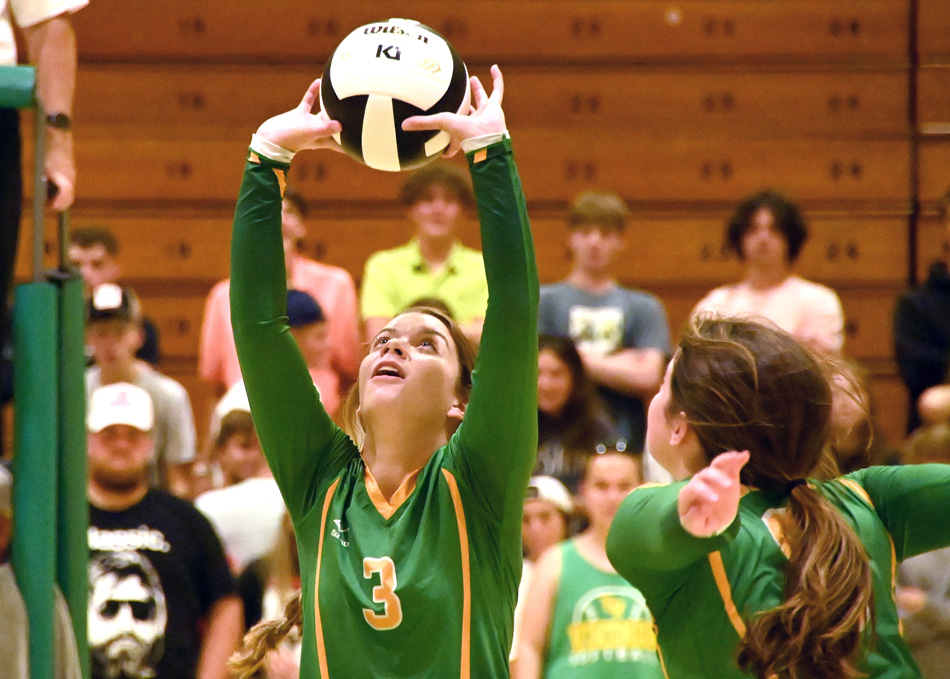 Macy Kirchenstien had 25 assists to help get Tippecanoe Valley to a 3-1 win at Peru Tuesday evening. InkFreeNews file photo by Mike Deak

The torrid start to the season continued for Wawasee Tuesday in a home sweep of Manchester.

It was a fine match for the Vikings on the road in Three Rivers Conference play.

In a restructured contest, NorthWood left rural Emma with a 25-7, 25-18, 25-17 win. The match was to have been against LaVille, but was shifted to Westview to offset LaVille needing to reschedule.

Jenna Householter had 12 digs and four aces to lead NorthWood to a 25-9, 25-17 JV win. Sadie Beasy added eight kills in the win.