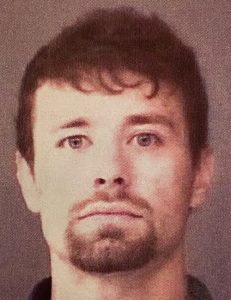 SYRACUSE — A Syracuse man was recently arrested after allegedly battering a child.

On Feb. 28, a Syracuse Police officer was informed that the Noble County Sheriff’s Department took a report of child abuse that occurred in Kosciusko County.

According to court documents, when a Noble County Sheriff’s deputy arrived at the scene, he saw a child in a state of distress. He noticed the child had a large area of redness on top of their head, as well as red marks on their back and neck. The child also had red marks and bruising on their buttocks.

A woman at the scene said the child was with Delacruz for a few days in February. The woman said when she picked the child up on Feb. 28, the child was crying and complaining that their eyes were burning. The woman also noticed the child had several fresh bruises over their body.

In an interview with Syracuse Police, Delacruz said that he, along with the child and two women, spent the past couple of days at an indoor waterpark. Delacruz said he did not discipline the child during the trip and did not see them fall at the waterpark. He also said he didn’t see any bruises on the child when they were with him. One of the women who went with Delacruz to the waterpark said she did not witness Delacruz physically discipline the child at any time. She also said she never saw any bruises on the child.

On March 3, the child was interviewed at Safe Harbor Child Advocacy Center. During the interview, the child said Delacruz caused the bruises and injuries.

That same day, officers spoke with the second woman who went to the waterpark. She told officers that she and Delacruz never physically put hands on the child. The woman said she noticed a couple of marks on the child’s neck and said they were caused by a lifejacket the child was wearing. She also tried to suggest that some of the injuries occurred at the waterpark. In the interview, she later admitted that Delacruz told her he spanked the child on Feb. 28, but said he didn’t do it hard enough to leave any marks.

Delacruz was booked in the Kosciusko County Jail on Aug. 19, with a $6,000 surety and cash bond.