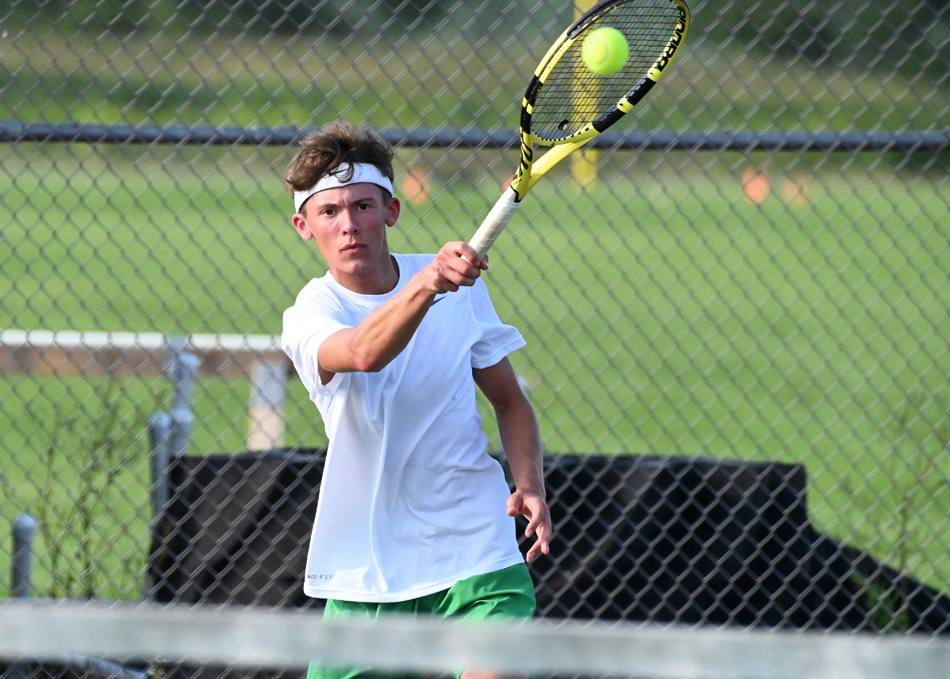 Wawasee opened Northern Lakes Conference play with a resounding win over the Pilgrims in Syracuse.

All three of its singles courts won in straights, led by a love and two win from Zeke Keim at No. 3 over Martin Baca and love and one win from Joey Harper at No. 2 against Easton Strain. Holden Babb posted a two and four win at No. 1 over Carter Snyder.

Wawasee’s No. 2 doubles team of Ty Brooks and Devon Kuhn posted a 6-4, 6-7 (8-6), 6-3 win over Liam Fort and Cam Shively to cap the team victory. Plymouth’s Bennett Christy and Matt Manzuk put together a 6-3, 6-1 win against Grant Brooks and Blaine Baut at one doubles.

Valley’s experience showed, but so did its inexperience in hosting the Blue Jays.

But the growing pains continued for Wyatt Reiter, Cam Manuel and the duo of DeOndre Hamilton and Tristyn Ragon in a trio of straight set losses.

The Kingsmen won all five courts in straight sets, and also won all eight of the JV courts for the clean sweep.

Complete results for Warsaw were not provided.