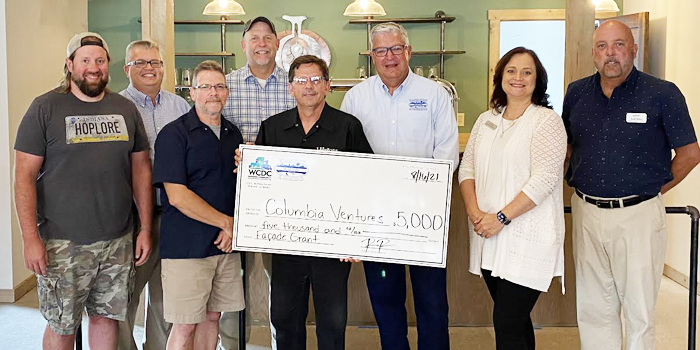 WARSAW — A brewery opening soon in downtown Warsaw has gotten a financial boost for its building’s renovation.

HopLore, which opened in 2017 in Leesburg, is expanding its business to 307 W. Market St., just east of the U.S. Post Office. The grant funded the exterior renovation of the building, which HopLore shares with National Auto Insurance.

The business will include a tasting room and production space and is expected to open within weeks.

After the grant presentation, representatives of HopLore and the City of Warsaw spoke.

HopLore Managing Partner Keith Wehmeyer thanked local officials for their assistance in helping the company obtain loans and grants for the Warsaw location. The Warsaw Redevelopment Commission also expanded the riverfront district earlier this year, which opened the door for a new alcohol license.

HopLore petitioned for the expansion.

Warsaw Mayor Joe Thallemer noted HopLore’s commitment to getting established in Warsaw and said it would be one of several developments on the west side of town along with the housing addition, Gateway Grove.

Kosciusko Chamber of Commerce President and CEO Rob Parker, who’s also the WCDC executive director, said later that the WCDC was glad to help HopLore through the grant.

“We couldn’t be happier to partner with HopLore and Columbia Ventures to make this building a reality and just make it really a cool place for people to hang out and build community within the downtown of Warsaw,” said Parker.

Businesses must be part of the WCDC district to be eligible for the facade grants. Each application is reviewed before WCDC approves or rejects it.

The grants are a 50-50 match, meaning for the amount HopLore received it also invested that same amount in the project. The business also received a $5,000 WCDC facade grant last year.

“The one thing that we were most limited on up there in Leesburg was the space to be able to actually produce larger amounts of beer,” he said. “Being here, we have a dedicated space where we could brew as many as seven days a week. We could brew 24 hours a day if it comes to that at some point, which hopefully eventually it will, but needless to say it was about having space to do this and do it right.”

All of HopLore’s production will move to Warsaw. King estimates that the business can brew about 15 barrels or 400 gallons per day.

He said the types of HopLore beer “are all over the place.”

“We do a cream ale, we do a West Coast IPA, you know we do basic stouts, things like that,” he said.

“For me, I come from the culinary side, so my favorite things to do are things that are a little more off the wall,” he added. “One of the beers that I’m pouring today, it’s called Strawberry Shortcake Dream. It’s got about 400 pounds of strawberry puree. It’s got ice cream in it and it also has cake in it. Then the big stouts are another thing. We’re probably best-known for our stout called Amish Krack, which actually integrates Rise ‘n Roll doughnuts into the beer.”

King said the business will also sell wine and mixed drinks, including its spiced sangria and rum punch.

In terms of food, the Warsaw store won’t have a full restaurant like Leesburg’s. Instead, there will be “small plates and shareables,” said King.

There will be charcuterie boards, pretzels and beer cheese and tacos, he said.

Aside from selling beer at the two HopLore locations, the business also has 30 wholesale accounts from South Bend to Muncie. Future plans include selling in the Region and Indianapolis, said King.

As for what the business does for the area, King said HopLore has worked on giving to charity. He also said he hopes HopLore is “a community gathering place.”

“One of the things that I’ve tried really hard to explain over the past five years is how a brewery is different than a bar,” he said. “A lot of times at least when we first opened up, there was a misconception that we were just another bar. And breweries are quite different, they’re more laid-back, we don’t have the loud music, things like that. … We have much more of an area that is a community gathering place as opposed to a place to have a late-night out.” 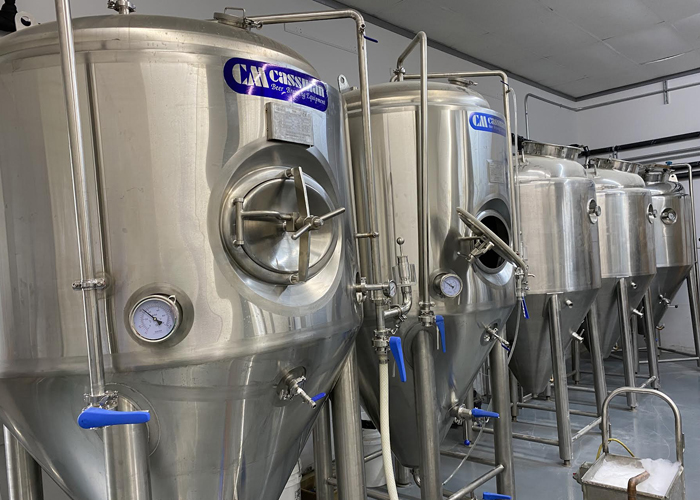 A look at some of the brewing equipment in the back of the building. 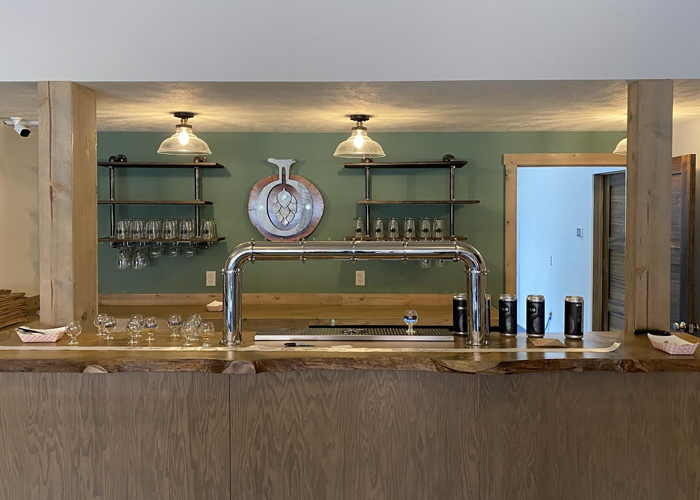 A view of the bar area. 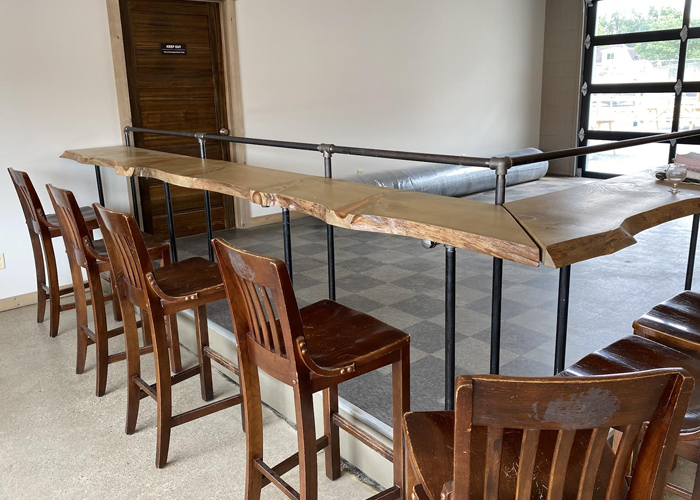 Some of the seating. 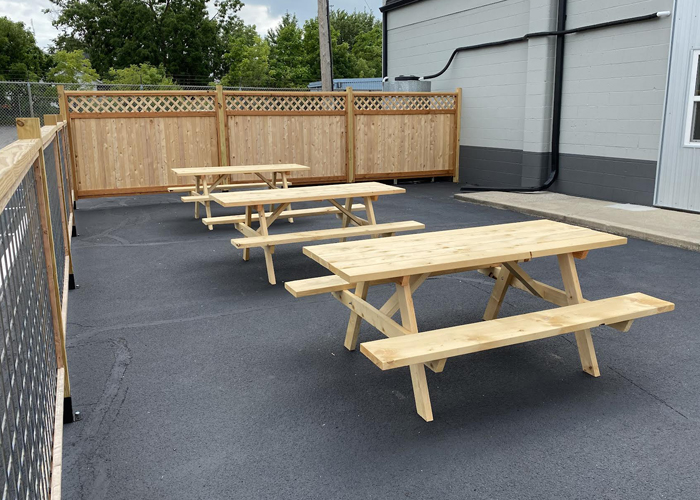 A look at outdoor seating.