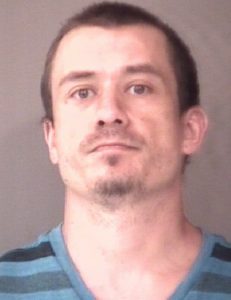 David Timothy Gunter, 36, 944 E. Garfield St., Warsaw, was charged with burglary, a level 5 felony. A theft charge was dismissed as part of a plea agreement.

Gunter was sentenced in Kosciusko Superior Court One on Monday, Aug. 2.

On June 30, 2020, Warsaw Police officers went to a residence to serve an arrest warrant on Gunter. While officers searched the home, Gunter was found in a dryer.

When he was later interviewed about the burglary, Gunter said he forcibly entered the home.

During court proceedings, Deputy Prosecuting Attorney Joseph Sobek said the state had agreed to a suspended sentence on this case for several reasons. Sobek said the property Gunter burglarized was abandoned and that Gunter admitted to the burglary immediately upon being questioned about it. He also noted that Gunter was already serving a DoC sentence in another case and that probation upon his release would be appropriate.

Kosciusko Superior Court One Judge Karin McGrath sentenced Gunter to three years in the Indiana Department of Corrections. The entirety of the sentence was suspended on probation. Gunter’s sentence will also be served consecutively to three felony cases.