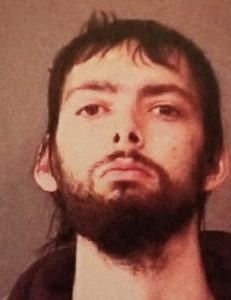 WARSAW — A Warsaw man will serve 20 years in prison after dragging a child into a bedroom and molesting them.

Austin Collins, 25, Warsaw, was charged with two counts of child molesting, both level 3 felonies. The first molesting charge was initially a Level 1 felony but Collins’ plea agreement resulted in a lesser included charge of a Level 3 felony. He pled guilty but mentally ill to the charges on June 21.

Collins was sentenced in Kosciusko Superior Court One on Monday, July 19.

On Dec. 9, 2019, a Kosciusko County Sheriff’s officer began an investigation of a child molestation report.

On Dec. 13, 2019, a child completed a forensic interview about the incident. During the interview, the child said that on Dec. 8, 2019, Collins molested them.

On Jan. 2, 2020, Collins was interviewed by officers. During the interview, Collins said he dragged the child into a bedroom and “raped” them. According to court documents, when asked to explain what he meant by “raped,” Collins described sexually interacting with the child.

During court proceedings, Deputy Prosecuting Attorney Joseph Sobek said a 20-year executed sentence was appropriate but noted the importance of Collins receiving mental health treatment while at the Indiana Department of Corrections.

Defense Attorney John Barrett noted that mental health evaluations played a crucial role in Collins’ plea agreement. He said two experts were somewhat in disagreement as to whether Collins’ mental state did or did not play a role in the incident.

“This plea agreement is in his best interest,” said Barrett. “My hope is he gets some treatment and counseling.”

Sobek later reiterated that the plea agreement was in the best interests of both society and Collins.

Kosciusko Superior Court One Judge Karin McGrath said she found Collins’ behavior “reprehensible” and that the court’s pre-sentence investigation report doesn’t give much information on Collins’ remorse for his actions.

“I find myself more grieved for your victim,” said Judge McGrath. “Your statement to law enforcement leaves me stunned and concerned.”

For each count of child molesting, Judge McGrath sentenced Collins to 10 years in IDoC. Both counts will be served consecutively. Collins also has 546 days, or about 1 1/2 years, of jail time credit. A no-contact order between Collins and the victim remains in effect. As part of the sentence, Collins must register as a sex offender.