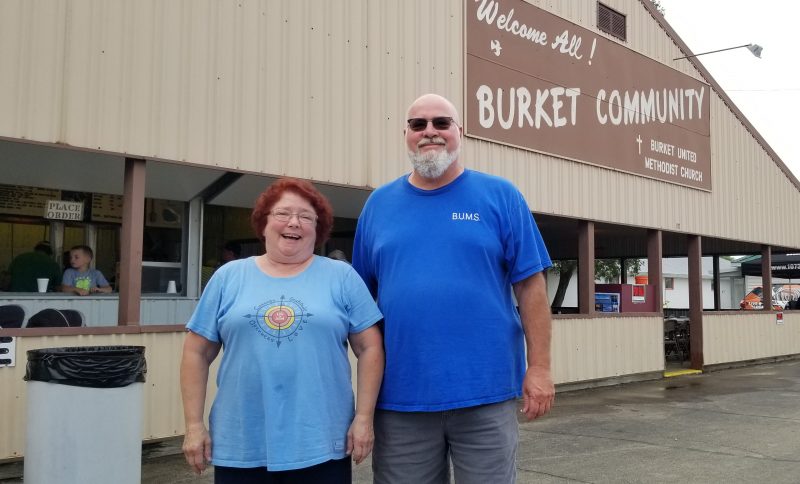 WARSAW — The Burket Community Building – the big daddy of the permanent food stands at the Kosciusko County Fairgrounds – had a new item on the menu this past week during the county fair.

The biggest permanent food stand at the fairgrounds operated for decades by volunteers with Burket United Methodist Church, is for sale.

A series of small “For Sale” signs dotted the exterior of the light tan metal building this week even as fairgoers lined up for the church’s famous tenderloin sandwiches and the “Bum Burger,” a double cheeseburger with the works.

The church owns the building and contents while the fairgrounds owns the land.

The annual fair week represents the church’s biggest fundraiser each year, but the congregation is not as big as it used to be.

“Our congregation is getting older and we’re getting thinner and we don’t really have the manpower to reach out to find enough people to run,” said Gary Kuhn, who is the lay leader of the church. He grew up in Burket and has been a lifetime member of the church.

This year, they turned to Warsaw Missionary Church to help provide volunteers.

Kuhn said they rely on 10-12 people for each of the two shifts during the fair. Those people help work the fryer, prepare sandwiches, work the counter and help with clean-up.

The building has been remodeled and expanded over the years. The seating in the covered area can accommodate about 82 people.

The church has not determined what kind of price they will seek.

Kuhn said he thinks the church will eventually take bids on the building and choose the best one.

He said he’d like to see the transition done before the fair returns next year.