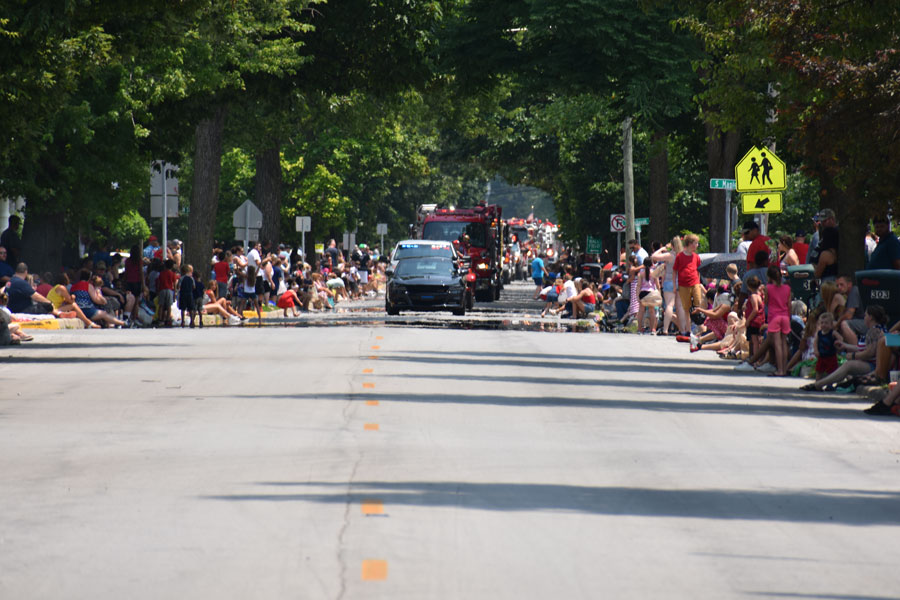 Spectators lined up early to watch the Akron Fourth of July Parade, which stepped off at 2 p.m. Sunday, July 4.

AKRON — The Akron Fourth of July parade, themed “Together, We Rise,” drew a gratifying, robust crowd, as evidenced by the hundreds of spectators who lined scores of downtown blocks in 80-plus-degree weather hours before the procession began.

More than 50 entrants participated in the parade, which stepped off at 2 p.m. Sunday, July 4, east of Akron’s main intersection.

Other activities took place during the day at Pike Memorial Park:

Following are some of the sights at the parade. Photos by Ray Balogh. 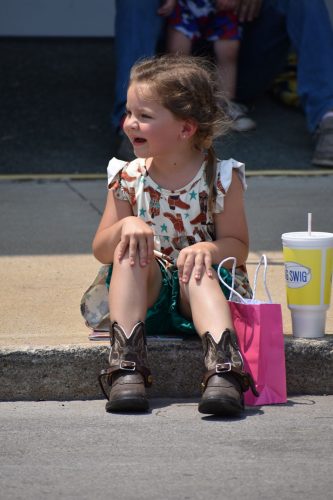 A young spectator adorably reacts to her first glimpse of the Mid American Cowgirls Drill Team as the horses round the corner. 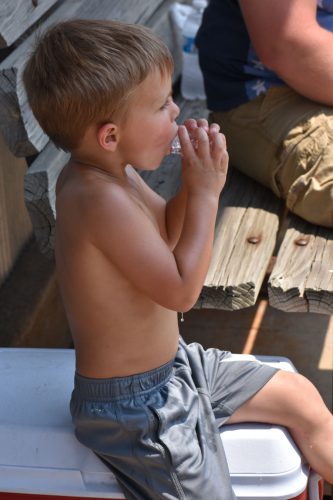 Brayden Ewing, 4, keeps cool with a chunk of ice while sitting on the remainder of the day’s supply. 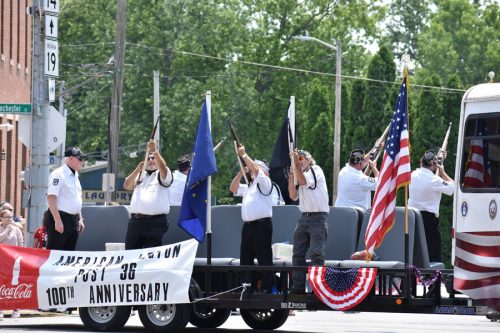 Members of the Rochester American Legion post fire a 21-gun salute while paused at the main intersection of town. 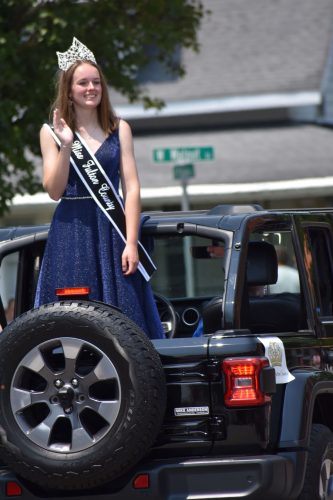 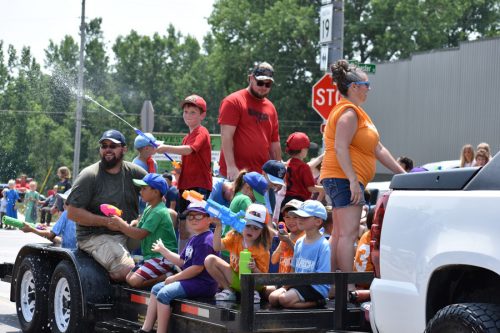 One parade participant helps cool down the crowd with a Super Soaker. 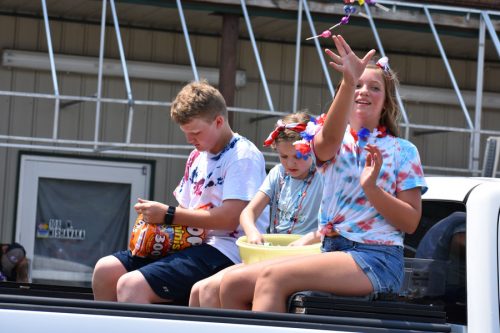 A rider in the parde “let those suckers fly.” 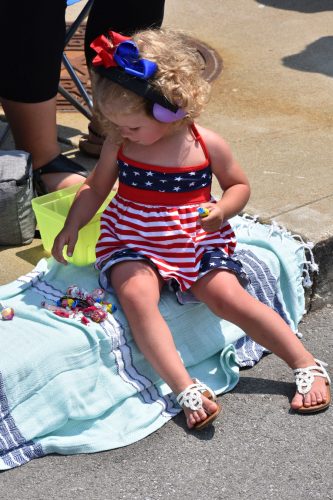 A young candy girl inventories the swag she gleaned during the parade. 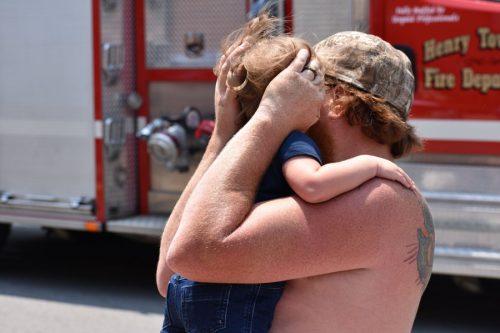 A daddy protects his little angel’s ears from the sirens and horn blasts of the emergency vehicles. 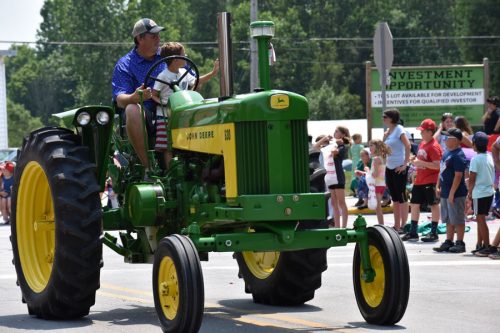 Two generations of farmers pilot a tractor during the parade. 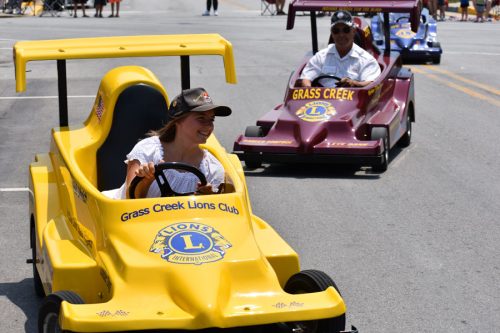 A young driver shows her joy in doing maneuvers in a minicar during the parade. 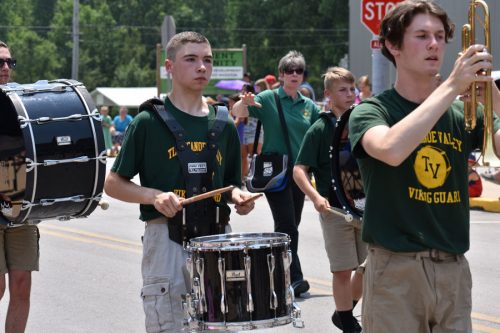 A member of the Tippecanoe Valley High School Marching Band exhibits intense concentration during the parade. 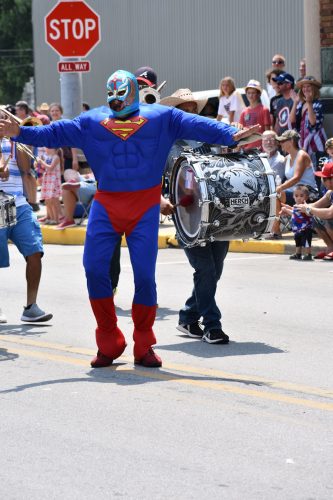 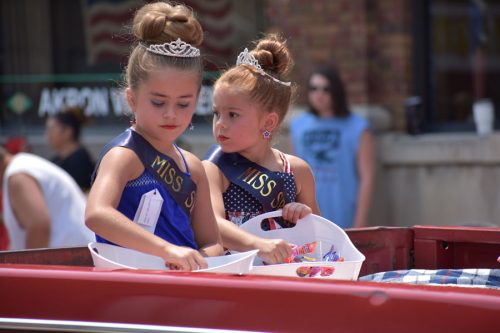 Two young princesses prepare to bestow treats upon their subjects. 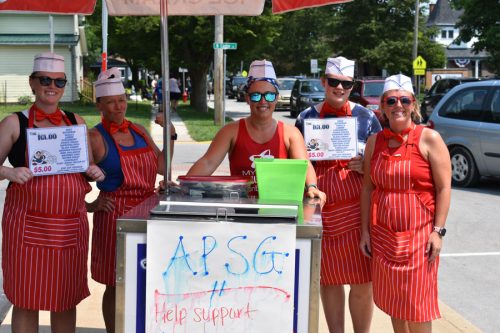