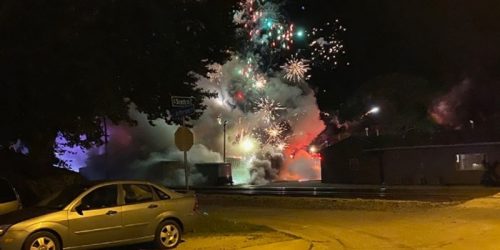 Neighbors along Scott Street near Winona Avenue got a somewhat unexpected display of fireworks as a result of a fire at a nearby fireworks outlet in Warsaw. Photo provided by Warsaw-Wayne Fire Territory. See an uncropped version of the photo further below. 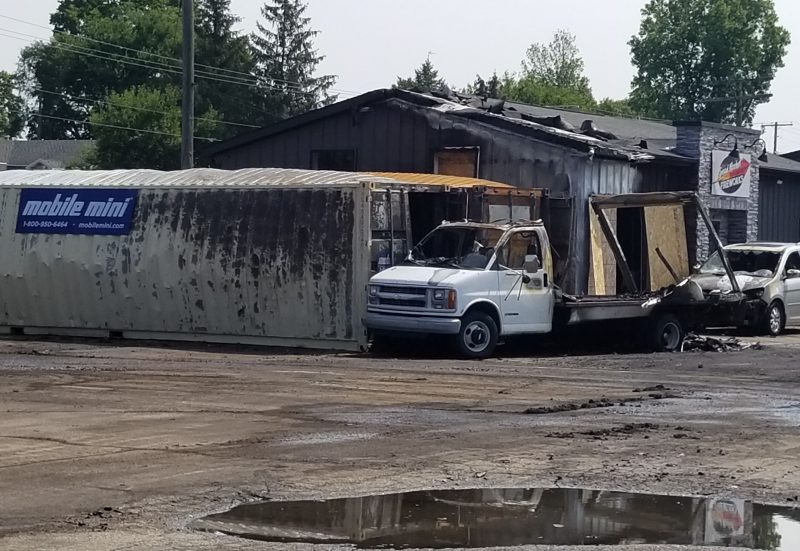 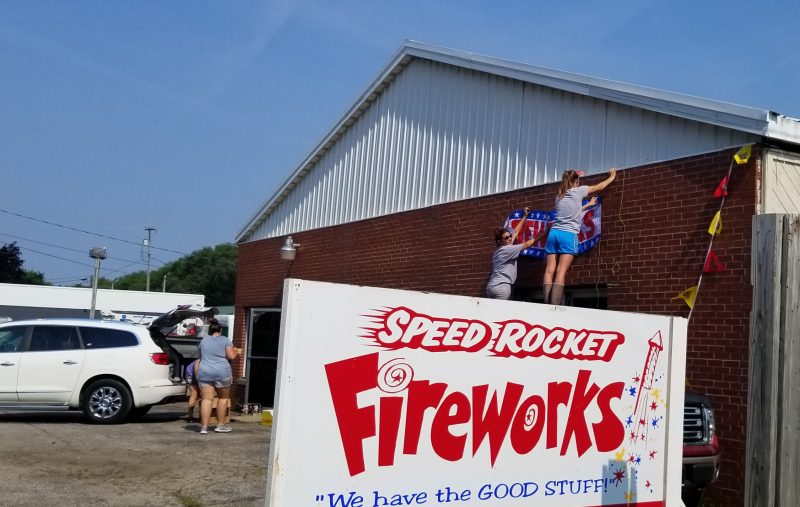 Early Sunday, family members hang a new banner as they worked to relocate fireworks sales after an overnight fire. The makeshift store is east of the business’s original location. InkFreeNews photo by Dan Spalding.

WARSAW — An intense fire at a fireworks outlet early Sunday morning in Warsaw could have been much worse, according to the company owner.

Speed Rocket Fireworks at 1017 E. Winona Avenue, sustained heavy damage to the store as well as two industrial storage units and two vehicles in an overnight fire that was called in about 12:30 a.m. Sunday, July 4.

There were no injuries. Firefighters were on the scene until about 6 a.m., said Warsaw-Wayne Fire Territory Fire Chief Mike Wilson.

The fire led to an eruption of fireworks, which likely blended in with other nearby fireworks activities that had already been prevalent in recent days leading up to Independence Day.

The cause of the fire is under investigation, but fireworks merchandise intensified the blaze.

In fact, the walls of two storage tanks containing merchandise were visibly bloated and banged up from the heat and explosions inside.

The type of those structures likely helped limit the damage, said Wendell Miller Sunday morning as he surveyed the damage.

“I would sure think so,” Miller said.

“I’m thankful to God that nobody was hurt and thankful for the first responders in how they contained the fire,” Miller said.

The cause of the fire remains under investigation, according to Wilson.

By early Sunday morning, the store owners were cleaning up the property and moving to a nearby new location.

Miller, along with family members and others, were moving the remaining merchandise to an adjacent location to the east that Miller owns in an attempt to re-open by early afternoon.

Miller said he had already been working with state officials to allow for the move.

Miller said the fireworks store has been at that location since 2003 and that he bought the business in 2012. 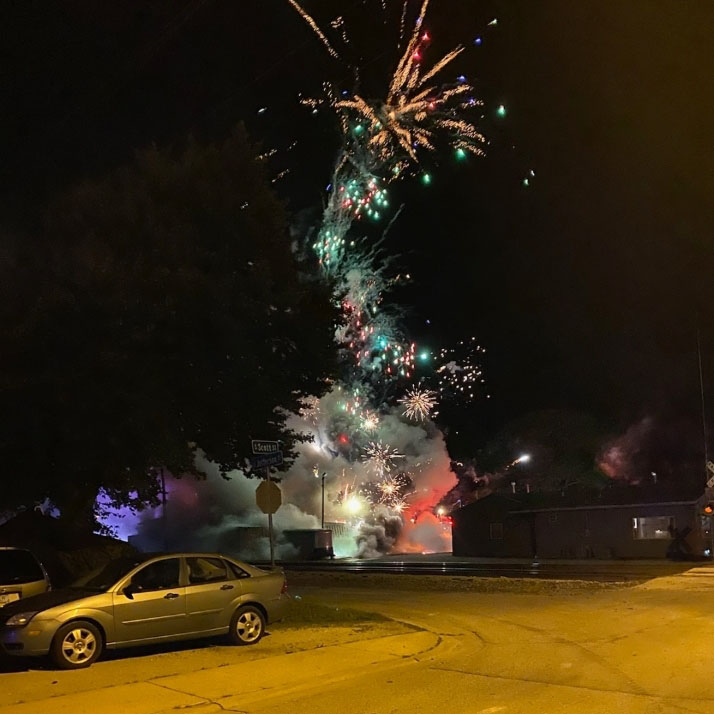 A full view of the fireworks ignited by a fire. Photo provided by Warsaw-Wayne Fire Territory. 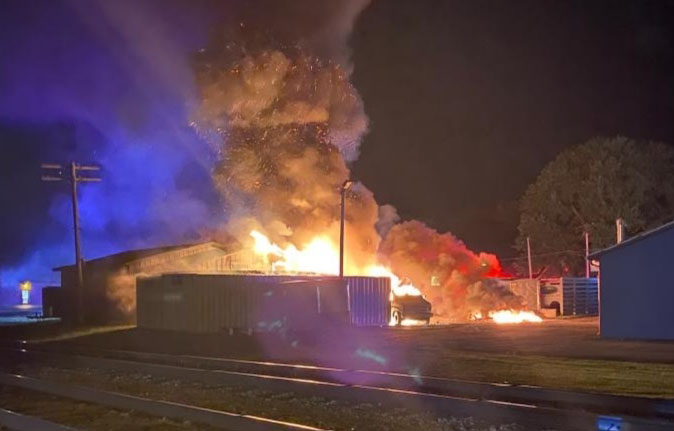 This view of the early morning fire on Winona Avenue was provided by Warsaw-Wayne Fire Territory.