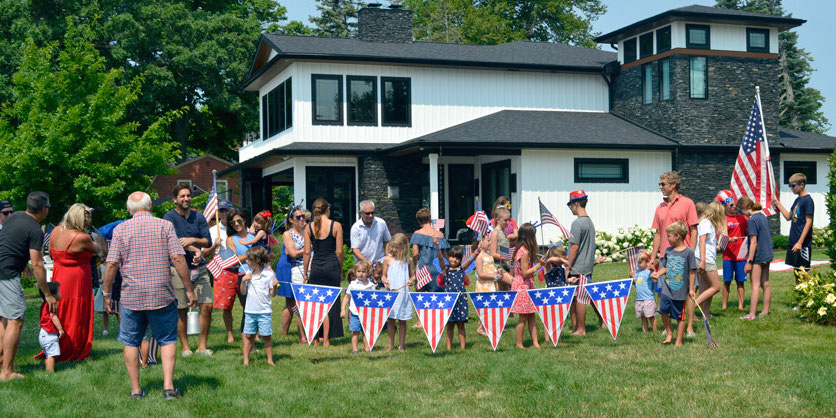 SYRACUSE — After restarting the North Shore Parade tradition in 2019, approximately a dozen families who live along the north shore of Lake Wawasee continued the tradition at noon, Sunday, July 4.

Families met at the empty lot along East Eli Lilly Road to gather for the parade around 11:45 a.m. At noon, the music started and children and their families walked along the sidewalk near Lake Wawasee to celebrate U.S. independence. John Feighner led the group carrying an American flag.

Children dressed in red, white and blue and some banged on pots. The parade lasted about 10 minutes and ended at Bob and Nancy Fanning’s home, where they had cookies and juice boxes for the children.

Many residents who did not participate in the parade stood outside to wave at the children walking past. 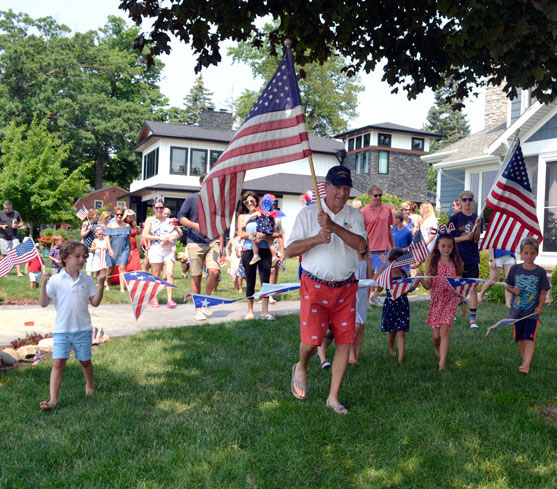 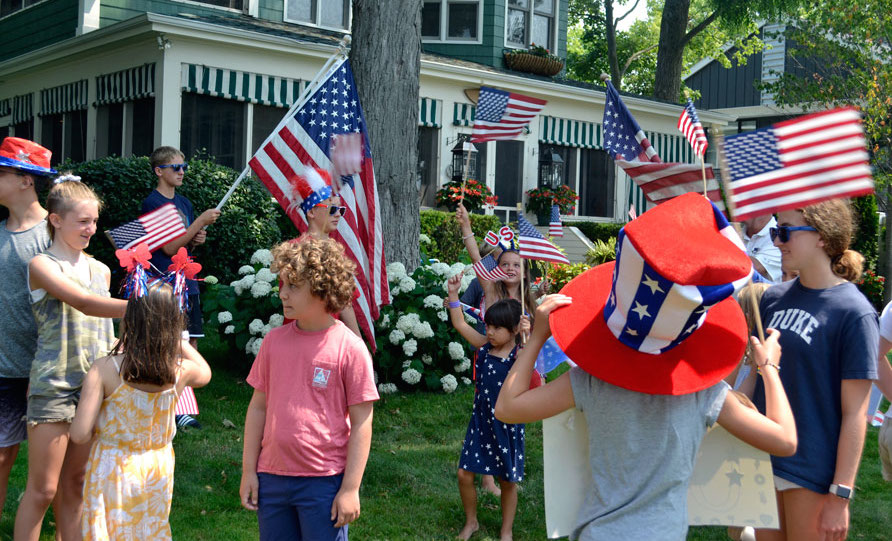 Families gather at Bob Fanning’s house at the end of the parade and await the other members still walking. 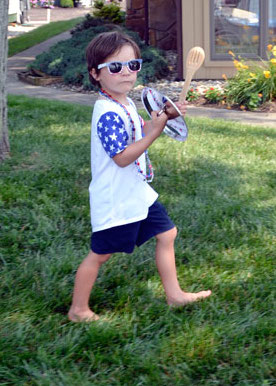 Ove Jorgensen-Stevens bangs a pan lid with a wooden spoon during the parade. 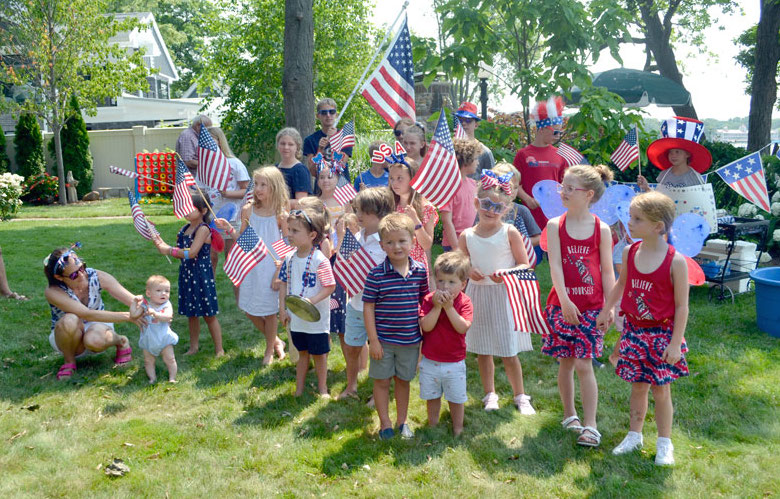 Children in the parade gathered next to the banner. 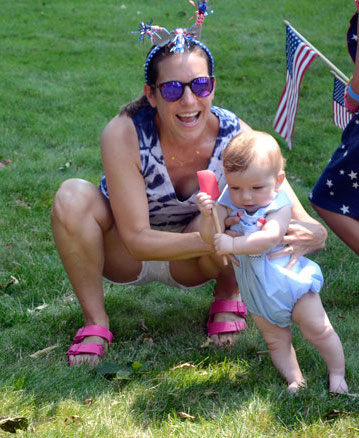 Jack Miller celebrates his first Fourth of July with his mother in the North Shore Parade.