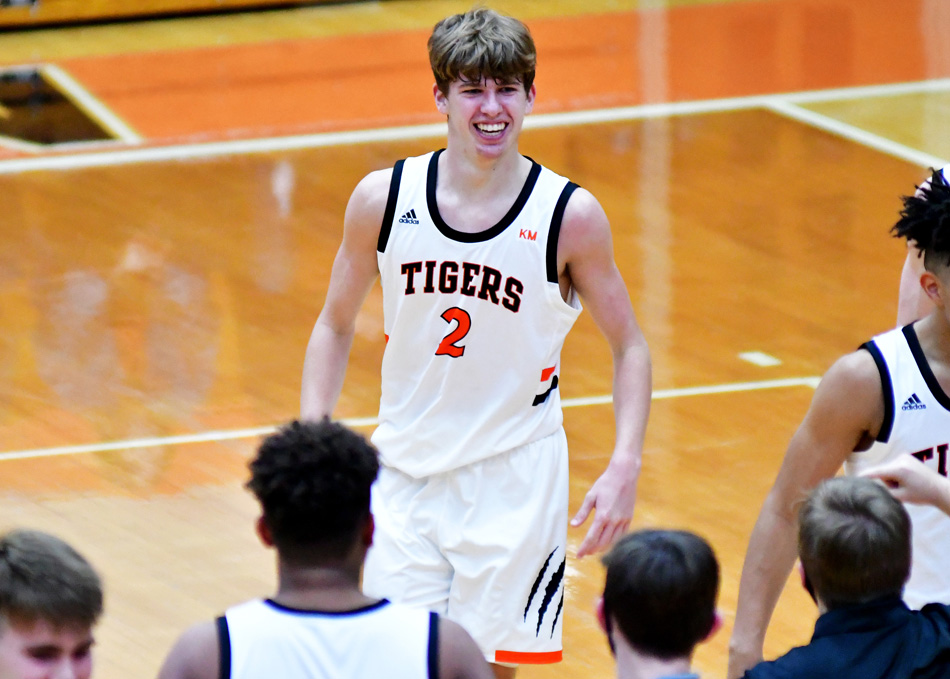 Jaxson Gould had a very memorable sophomore season on the basketball court, then joined a very deep Tiger golf program to keep his year going. InkFreeNews photo by Mike Deak

After garnering IFN Boys Basketball Player of the Year honors, making the All-Northern Lakes Conference First Team, and earning Honorable Mention All-State honors from the Indiana Basketball Coaches Association, there are certainly a lot of ‘super’ reasons why Gould is deserving of being on this list.

But, if one goes back to his freshmen season, not many would have predicted it. Gould made the jump from playing just under 10 minutes as a ninth grader for the varsity to being a key cog in the tradition-rich Warsaw boys basketball program under the leadership of first-year head coach Matt Moore.

As with most young players, making the jump to the varsity level is a learning curve. In a twist of irony or fate depending on one’s view, he also wears No. 2, the same worn by former Warsaw and Indiana Wesleyan great, Kyle Mangas, who made a tremendous leap from his freshman to sophomore campaigns en route to one of the more storied journeys into and away from the Warsaw basketball program.

It took Gould all of about three weeks of games to start speeding around that curve.

After dropping 28 points in a loss to Huntington North in early December, the sting of back-to-back losses was eating at the young sophomore and his Tiger teammates.

The following week, Gould took a late inbounds pass and knifed down the baseline to drop in a buzzer beater to buoy the Tigers to a 50-49 home win over Lake Central.

When asked about when he started to ‘get it,’ after getting the IFN POY award after the season, Gould pointed to that stretch where he started to feel more comfortable.

From that point on, Gould topped 20 points six times and was only held under 10 twice.

As the Tigers improved as a team throughout the year and captured the Northern Lakes Conference title, Gould put the pedal down headed into the Elkhart Sectional. He notched three double-doubles (scoring and rebounding) in the second half of the season and topped three assists seven different times.

While the young Tigers finished their season with a 59-57 loss in a heartbreaker to sectional host Elkhart, Gould proved how complete a player he was becoming while pouring in 32 points, grabbing eight rebounds and dishing out four assists in what would be his final game of the season.

When it was all said and done, Gould’s sophomore campaign totals included 16.6 points per game, 5.3 rebounds, 2.6 assists and 2.0 steals.

As if that hardwood season wasn’t enough, he also competed for the Warsaw boys golf squad this spring. That group won the NLC and sectional titles and carried a top 20 team ranking for much of the season. The deep team coached by Jack Carpenter saw Gould compete for one of the final varsity spots throughout the season and played in a handful of 18-hole tournaments, consistently shooting in the low 80s and high 70s.

Much like the Tiger basketball squad, the Tiger golfers return a lot of talent next year.

Get used to hearing the name Jaxson Gould for awhile.