WARSAW — A benefit tournament for the families of two young men who died recently as a result of vehicle accidents will be held in downtown Warsaw in August. 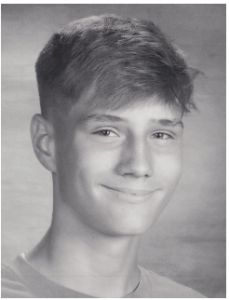 The event, a 3 on 3 basketball tourney, is being organized by Kereen Freeman, with assistance from Paula Bowman, organizer/coordinator for downtown Warsaw events.

Funds raised from the tourney will go to the families of Easton Adkins and Brendyn Stump to help with funeral expenses and things of that nature.

Bowman shared information about the tournament at the Warsaw Board of Works and Safety meeting Monday, June 21, and submitted a road closure request for the standard area of First Friday events. 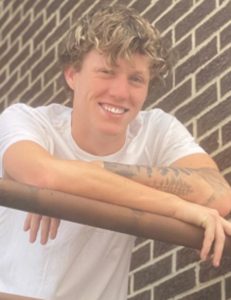 Warsaw Mayor Joe Thallemer asked if Bowman or Freeman had let organizers of the farmers’ market know about the event, to which Bowman said they had not.

“I would make that a requirement of this application that that be done,” Mayor Thallemer said. “It’s certainly a worthy cause and we appreciate this gentleman stepping forward to do this.”

“I met with Kereen a couple of weeks ago and we went over his application and what his needs were and things like that,” Bowman said. “He just feels led to host this 3 on 3 tourney for the two boys who died in car accidents who were both sports people.”

Freeman will be working with Baker Youth Club Executive Director Tracy Furnivall and possibly with Grace College. Freeman also spoke with Warsaw Councilman Jeff Grose about having him help with officiating.

“He seems like a really great kid,” Bowman said of Freeman. “He didn’t know the boys, either one. He just felt compelled to do this.”

In another matter, the Board approved a contract for a Country Club Lane extension improvement project.

“If you’re familiar with the area, this is the dead end that kind of goes off of Country Club Lane right on the curve there on Winona Lake and it’s a low spot,” said Brian Davison, utility manager for the City of Warsaw. “We’ve always had a little trouble with water standing there because when the lake comes up that rim elevation of the catch basin was right at lake elevation almost.”

Davison said improvements have been made to the dam on Winona Lake, which has been set at legal lake elevation, bringing the water up two to three inches.

“Now there is water standing in that intersection all the time,” Davison said. “And when we get these big rains it’s even worse to the point that it could get to where people have trouble accessing their property that live down that lane.”

A contract was signed with VS Engineering to come up with two or three options of what can be done in that area to address the standing water issues.