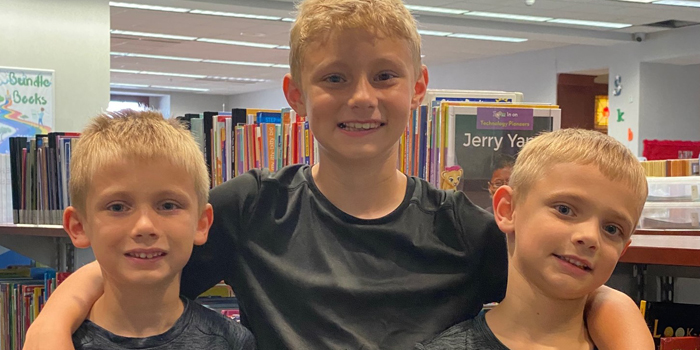 Father’s Day celebrates and honors the men who have embraced the essential role of fatherhood. On this day, we also thank fathers and father figures for the sacrifices they make, for embracing the responsibility of nurturing and raising children, and for devotion to their family.

Father’s Day was the idea of Sonora Dodd, a woman whose father, a widower, raised her and her five siblings by himself. When Mother’s Day became a popular holiday in the United States, Dodd thought that there should be a similar day to honor fathers and fatherhood. In 1910, she campaigned the government for the day. On June 19, 1910, the first official Father’s Day was celebrated in the state of Washington.

In spite of widespread support, Father’s Day did not become a permanent national holiday until 1972 when President Richard Nixon signed a law declaring that Father’s Day be celebrated annually on the third Sunday in June.

Father’s Day is the perfect occasion to commemorate fathers or father figures in people’s lives. Many people give their fathers cards or gifts, or take them out to dinner. Those who live close to their dads pay them a visit and spend the day doing nice activities together. Many families throw Father’s Day parties with fathers, grandfathers and uncles to honor the support they give their children. Below are some books that will help with making this Father’s Day a fun-filled day for the father in your life.

“Father’s Day Craft” by Fay Robinson is a children’s craft book that has ideas for making the perfect Father’s Day gift.

“Berenstain Bears’ Stories to Share with Papa Bear” by Stan Berenstain is a book that celebrates the bond shared between a father and his children.

“Be Water, My Friend: The Teachings of Bruce Lee” by Shannon Lee is an insight into her famous father’s most powerful life philosophies, demonstrating how martial arts are a perfect metaphor for personal growth, and how we can practice those teachings every day.

“The New One: Painfully True Stories From a Reluctant Dad” by Mike Birbiglia is a book that delivers laugh-out-loud observations about parenting.

“My Grill: Outdoor Cooking Australian-Style” by Pete Evans is a sizzling read with recipes and ideas for entertainment that is sure to make your Father’s Day festive.