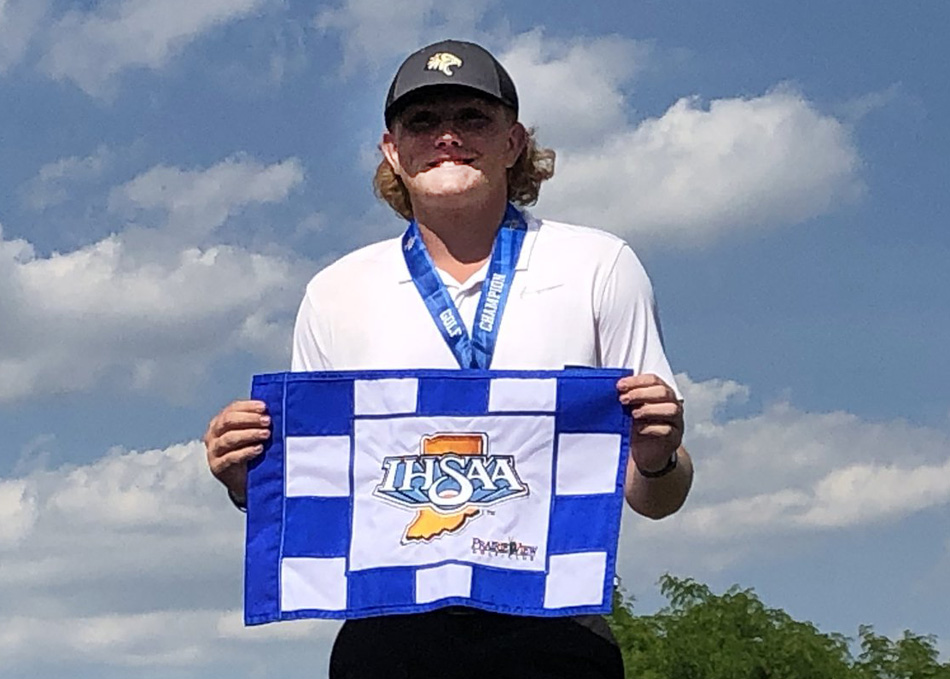 Bellar became the first golfer from Peru to win the state championship, and did so as the only golfer to master the Prairie View Golf Club course to an under-par total for his two rounds. Bellar shot 69 each of Tuesday and Wednesday to finish at six-under 138. Jacob Modleski was runner-up at two-over 146, one stroke better than Silver Creek’s Carter Smith (147).

Bellar was two under on the front nine aided by an eagle on the par five seventh and fired three birdies to just two bogeys on the day. Bellar only had a bogey on the first hole Tuesday, otherwise claimed for birdies in his matching round of 69.

Individually, Northridge’s Brock Reschly moved up 20 spots on the leaderboard after carding a 77 on Wednesday to finish 87-77-164.

On the team side, Center Grove started the day three shots back of Carmel and Guerin Catholic, but posted a 302 to finish with a two-day total of 606 to edge Guerin Catholic by one stroke for the state title. Carmel finished third at 612.

Area teams in the finals included Columbia City, which took sixth at 633, led by Kameron Hoag’s 155, which tied for 26th overall. Penn was eighth at 638 and Fort Wayne Dwenger was 10th at 654.