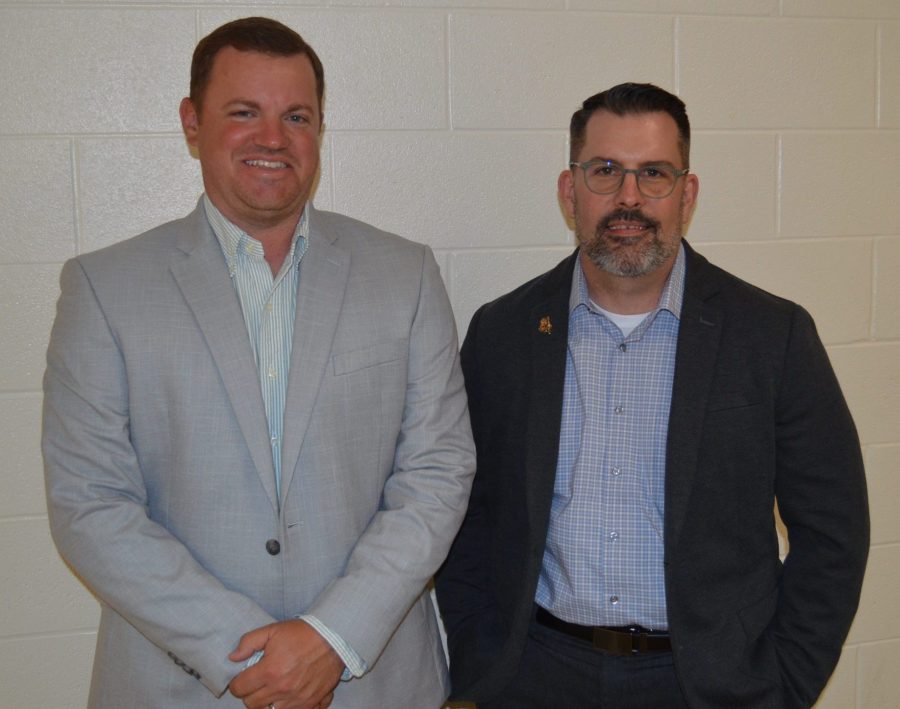 SYRACUSE — More than 360 years of work experience, in the Wawasee Community School Corporation alone, will need to be replaced by the beginning of the 2021-22 school year.

During the regular monthly meeting of the Wawasee School Board Tuesday evening, June 8, in Syracuse, retiring staff members were recognized for their years of service. Several were not able to attend the meeting, but everyone will receive a plaque.

Also during Tuesday’s meeting, new staff members Brent Doty and Wade Wirebaugh were introduced and later approved for their new positions by the board. Doty, a WHS graduate, will become the new athletic director effective July 1. He had been the interim athletic director and replaces Cory Schutz, who resigned. Doty will no longer teach or coach baseball.

Wirebaugh had been the network administrator for the school corporation and was transferred to replace the retiring Van Lue effective July 1.

In other business, during his report to the board Dr. Steve Troyer, superintendent, noted he hopes the monthly COVID-19 update he gave will be the last one. He said November, December and January were the three highest months for students or staff to test positive for the virus. November was the highest month by far for quarantines with the one exception of April.

Troyer said as of July 1, local boards will be given control of mask requirements. He plans, after consulting with the county health department, to recommend mask wearing be optional. The board would need to approve the recommendation at the July 13 meeting.

He also gave a brief summary of how $1,312,848.13 in CARES Act federal funds will be spent. Money will be used for staffing, virtual school, summer school, medical and health related services, remediation programs such as reading, staff salaries, social and emotional learning needs, general supplies and personal protective equipment.

Also during the meeting the board approved an amendment to the 2021-22 calendar to allow for e-learning days Sept. 29 and Feb. 9, 2022, so staff members can work together during professional development.

• A grant of $500 was awarded to the school corporation from the WHS Class of 1989 Memorial Scholarship Fund, a component fund of the Kosciusko County Community Foundation.

• An IHSAA exemplary behavior report was filed for Wawasee doubles tennis players Tate Cowan and Abby Morehead for their demeanor and attitude during the NLC tournament May 12 at NorthWood High School.

• Wawasee spring sports had sectional champions in softball and baseball and Kiah Farrington was an individual sectional winner in girls tennis.

• Beyond Landscaping donated the cleaning and prep for the flower beds outside the new Pathways office, located in the former central office for the school corporation in Syracuse.

• Wawasee will participate in the USDA free meal program for another school year and meal prices will remain the same as last year.

• The dairy bid for the 2021-22 school year was awarded to Prairie Farms, while the produce bid was awarded to Piazza Produce and the food and supplies bid was renewed with Gordon Food Services.

• Wawasee will participate in the Indiana Counties Tax Refund Exchange and Compliance system that allows for it to be reimbursed for overdue lunch and textbook rental bills.

• 2021-22 school day times were approved and will essentially revert to pre-COVID-19.

• A title change to assistant superintendent was approved for Shelly Wilfong, who will assume the role effective July 1. She recently received her superintendent’s license from the state.