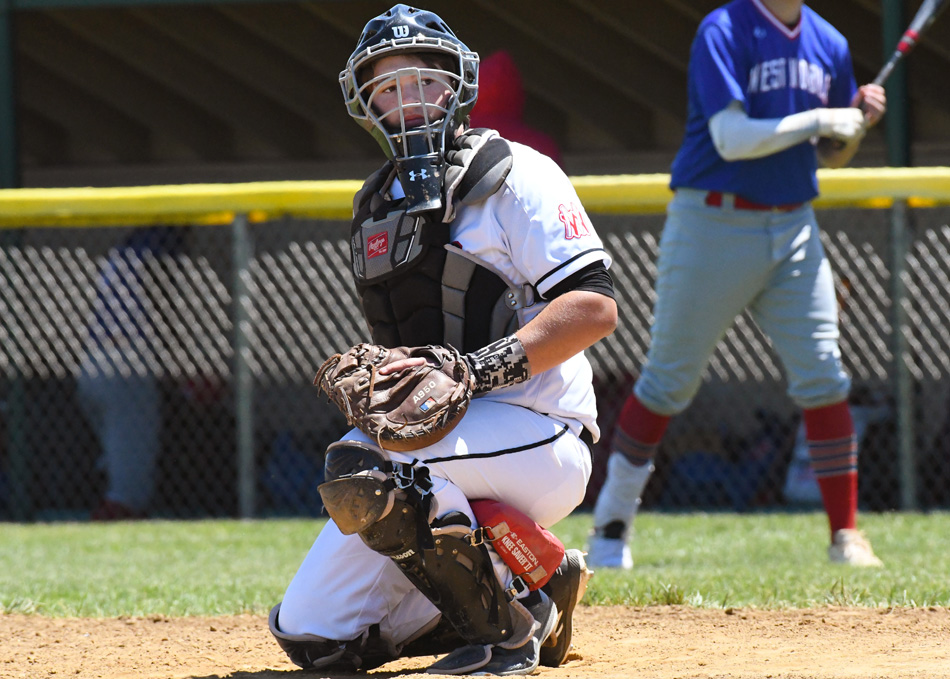 NorthWood’s Trevor Klotz has announced he is continuing his baseball career with Olivet College. InkFreeNews photo by Mike Deak

NAPPANEE – He really didn’t make his big show splash until the end of the 2021 regular season. But that didn’t mean NorthWood senior Trevor Klotz wasn’t doing the right things to prepare.

Klotz, a utility catcher for the NorthWood baseball program, announced during sectional week his intentions to continue his baseball career at the collegiate level with Olivet College in Olivet, Michigan, northeast of Battle Creek.

Klotz appeared in just nine games and made just 21 plate appearances, collecting three hits and five RBI in those trips. But he had one of the bigger hits of the NorthWood season in a walk-off RBI against St. Joe in the regular season finale.

The numbers don’t jump off the page, but according to Panther baseball head coach AJ Risedorph, Klotz’s value went far beyond the stat sheet.

“He’s the most selfless kid we have in our program and very coachable,” Risedorph said. “His work ethic is what makes him valuable to us. You look at guys and you measure everything on time and talent. You look at Klotzie and, he’ll be the first one to say it, he has to put in an unbelievable amount of time to be able to play and perform. That’s something he continues to do.”

Klotz himself was used to the backup role playing second to Beau Stankovich behind the plate as catcher.

“It’s been quite a journey to get to play baseball in college,” Klotz said. “I was between Cornerstone and Olivet, and Olivet was a smaller place that felt like home to me. It felt right to go there.”

Olivet, led by head coach Shelby Dixon in his fifth year with the program, went through an abbreviated season in 2021. The Comets went 6-24, mostly playing games within the Michigan Interscholastic Athletic Association. The roster is comprised of over three dozen, yet only two are not from Michigan, those two from Arizona. Klotz would be the only athlete – barring any recruits – to be from Indiana on the 2022 roster.

“I’m not sure how the major will shape out, but I’m looking to get into sports management and start my own sports complex and host baseball tournaments and camps and all that,” added Klotz.