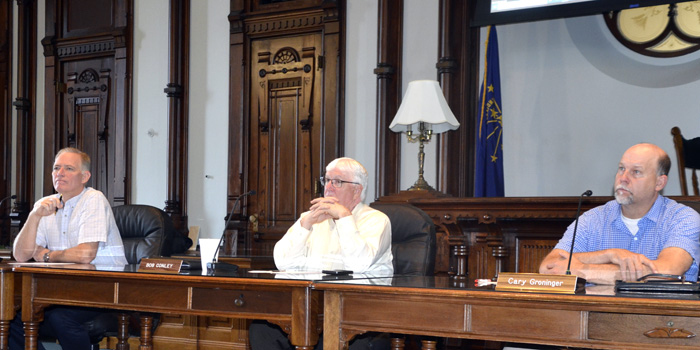 WARSAW — Kosciusko County Commissioners passed a resolution endorsing people’s freedom to choose when it comes to  COVID-19 vaccines at their meeting Tuesday, May 25. 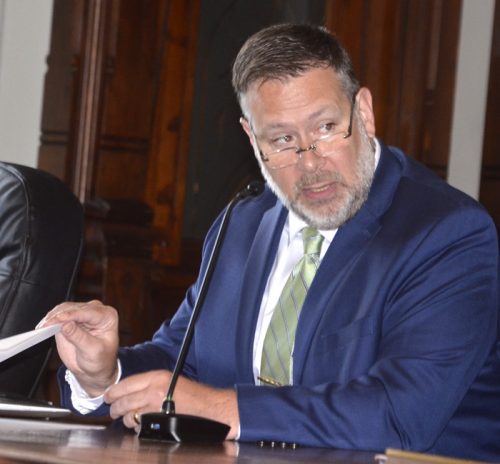 A link to the full document can be found at the bottom of this article.

“As a county, the county health department is still fully engaged in providing vaccinations to our residents of Kosciusko County so for the people who would like to have the vaccination, we’re still providing those services,” said Kosciusko Commissioner Vice-President Cary Groninger.

“There are plenty of appointments at our county health department so this is something we just feel, as commissioners, you guys ought to have that choice to be able to decide whether or not you want the vaccination or not and not have it dictated by a government entity whether or not you need to have it…we want to provide that service and we are, but we want that to be your choice, not ours.”

“Government overreach is getting to be a norm in our country,” Commissioner President Bob Conley added. “And I think constitutionally since we’re a constitutional sanctuary county, I think it’s imperative that we let everyone who visits or comes to this county know that this is how we stand and what they can expect while they’re here.”

The amendment, Sandy said, is related to “conflict that we keep running into in Ag District and residential moving out into that.”

Sandy said a new home was recently built in an agricultural district and the APC received letters of complaint about agricultural operations going in.

“They asked what we could do to stop it. We looked into it, but you’re in an Ag District so nothing can be done. You moved to them,” Sandy said.

This led to discussion about what could be done to avoid some of the ‘after the fact’ concern.

“These practices can cause some disruption to life, but those are normal agricultural processes that you should expect,” Sandy said. “So, with that, we looked at adding a requirement to any permit issued to a structure in an Ag district. With that, they would have to sign a disclaimer and have it recorded to cross reference the deed, simply making them aware that agricultural processes do exist and that these are normal practices.”

The ordinance amendment clarifies that this pertains to both Ag and Ag II districts.

Sandy then told commissioners that the Kosciusko Area Plan Commission, Attorney Steve Snyder and the Kosciusko County Highway Department are working on a compromise to a request by Michael Irving to vacate a public way on EMS D15 Lane. That issue had been continued to the May 25 meeting.

Sandy’s request that the issue be continued to the commissioners’ June 22 meeting was approved.

Two school bus drivers, Tammy Wise and Gwen Ostrom, spoke out against the potential closing of a portion of South CR 400E, west of Sidney.

“We’ve heard rumblings that the railroad would like to close CR 400E at the crossing just west of Sidney. I’d like to share some concerns,” Wise told commissioners.

Wise spoke about the number of people who live in North Manchester and travel 400E to and from work to jobs in Warsaw.

“If this is closed, that would put that traffic onto Packerton Road, which is already busy enough. We have a lot of accidents at Packerton Road and SR 14 and this would just increase the chance of more accidents,” Wise said. “The farm machinery that uses 400E, school buses, this would just greatly impact their travel, emergency vehicles also, on getting to the south side.”

“I drive a school bus too and I have kids on both sides on CR 400E, which if that was closed, I’d have to go to Packerton Road or go to Sidney and hope the train isn’t parked there,” Ostrom said. “And with farm equipment, it would be a big major problem if they close CR 400E.”

Conley told the women “nothing has been etched in concrete” regarding a decision and thanked them for their input. 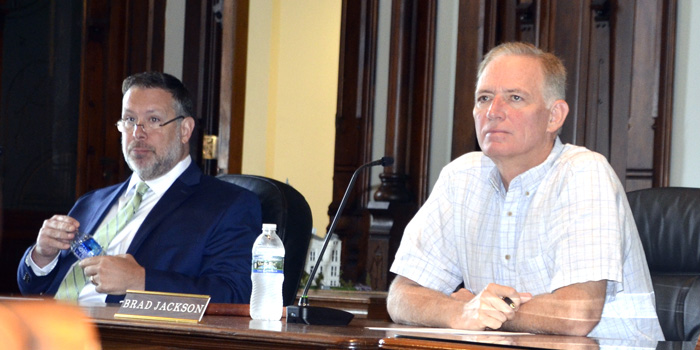