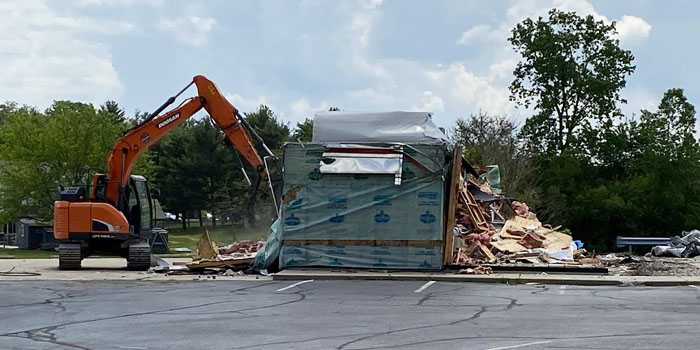 A worker tears down the former Schoop’s restaurant, at 3501 Lake City Highway, Warsaw, on Monday, May 24. A Popeyes restaurant will be constructed on the site. InkFreeNews photos by Leah Sander.

WARSAW — Construction of a new Popeyes restaurant in Warsaw could be complete by this fall.

The 2,500-square-foot building will be at the site of the former Schoop’s at 3501 Lake City Highway.

The old Schoop’s building was torn down this week. Read said the new building won’t be located exactly in the same spot on the property where the previous building was.

The Warsaw Board of Zoning Appeals approved several variances for Popeyes at its meeting in October. 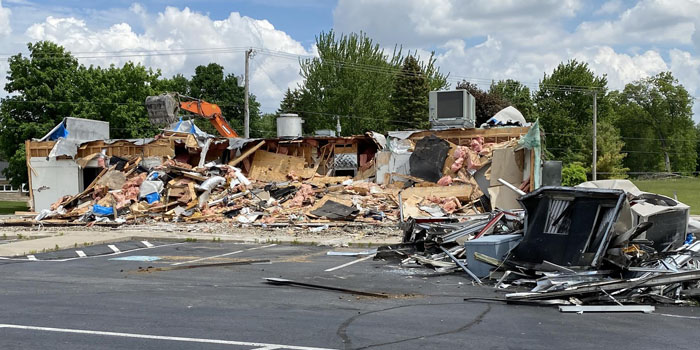 Another view of what remained of Schoop’s around noon on Monday, May 24.