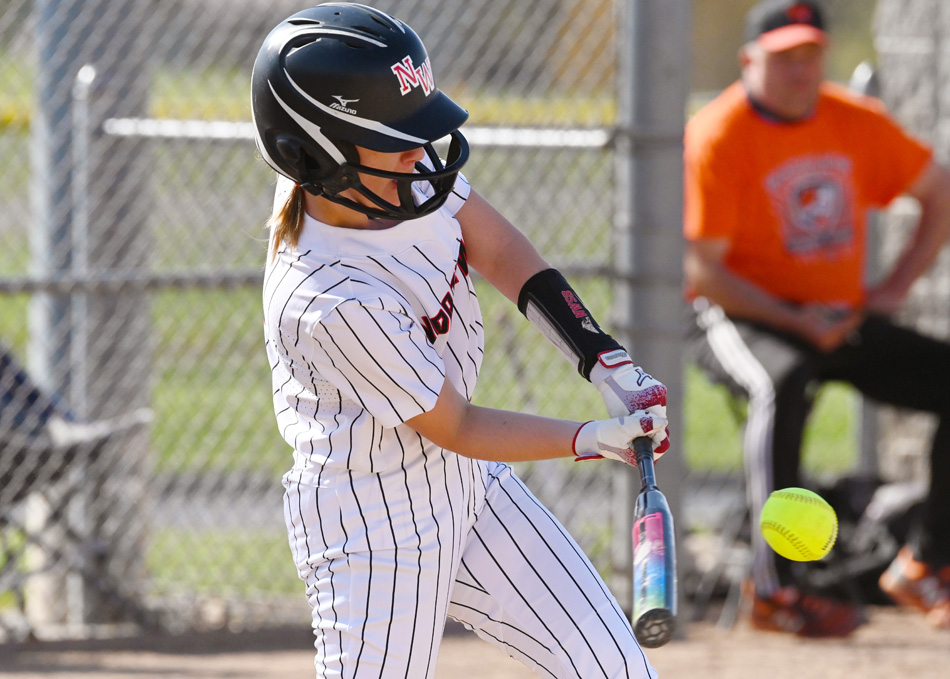 Lily Shannon had the hit of her career as NorthWood advanced at the Jimtown Sectional Monday night.

Shannon came in as a pinch hitter in the bottom of the ninth and delivered the game-winning RBI to put the Panthers through to the semi-finals.

NorthWood put the first two runners on in the ninth, then after West Noble got the next two outs, Macy Lengacher drew a walk to load the bases to set up the Shannon heroics.

West Noble scored two runs in the top of the seventh to draw level on hits from Tori Franklin and Kacee Click.

Ashlyn Brooke and Morgan Jenkins each had three hits and an RBI for the Panthers (8-15), which draw Jimtown in the semi-finals Tuesday. Wawasee and Lakeland open the night’s play at Jimtown, the Panthers and Jimmies to follow.

The Lions took home a dime Monday in the final regular season contest for the Tigers.

Three pitchers combined to scatter six hits for the Lions, Sam Russo allowing just one hit over three innings for the win. The game sat at just 1-0 in the fourth, but Elkhart scored 10 runs in the next three innings to cap the result.

Bryce Blondell was 2-for-3 with a homer and two runs scored and Garrett Ganczak had a double and three runs driven in.

Aaron Greene had two hits for the Tigers (13-13), which will prepare for Northridge on Saturday at the Northridge Sectional.