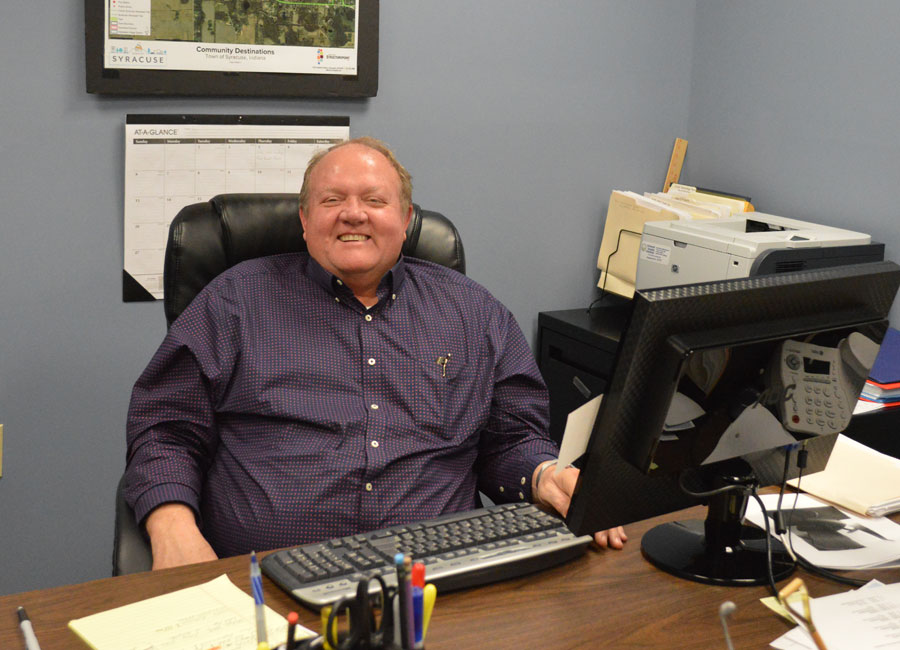 Prior to working for the Town of Syracuse, Noe served as the public works superintendent for seven years in North Webster.

According to Indiana Open door law, the Syracuse Town Council must accept Noe’s resignation during a public meeting. The council will meet for its regular meeting 7 p.m. Tuesday night, May 18, in the council chambers located in Syracuse Town Hall.

Syracuse Town Councilman Paul Stoelting said in a brief phone interview that he, Councilman Larry Martindale and Councilman Bill Musser did not have any first hand knowledge as to what led to Noe resigning.

When reached for comment, Martindale stated “I was told not to talk to you. Vern (Landis, town attorney) is going to be the spokesperson.” Landis is out of the office until Monday, May 17.

Ink Free News received an email from “a concerned citizen” claiming with the termination of the wastewater foreman and the wastewater laboratory technician, the wastewater treatment plant was without a certified licensed plant operator.

Clerk-Treasure Virginia Cazier said the town has hired Commonwealth Engineering, and CF Environmental to run the waste water treatment plant. “We had this in place before this went down,” she said. Councilman Tom Hoover returned a phone call to Ink Free News  after hours. In his message, he stated there were no issues with the waste water treatment plant’s operation. “We have people down there,” he said.