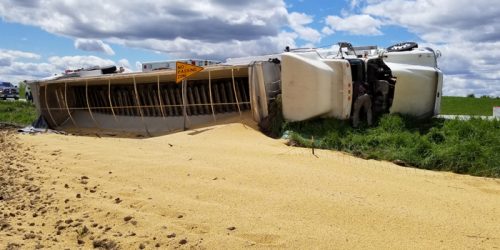 A large load of soybeans spilled into a farm field east of SR 15 after the truck rolled on its side. InkFreeNews photo by Dan Spalding.

The truck appeared to be headed north on SR 15 just south of Silver Lake when it appeared to drive off onto the shoulder and then fell on its side on the east side of the road.

The accident happened around 1 p.m.

The truck knocked down part of a fence along the highway. InkFreeNews photo by Dan Spalding. 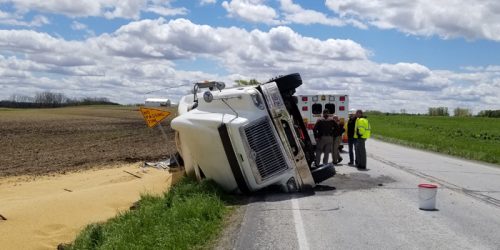