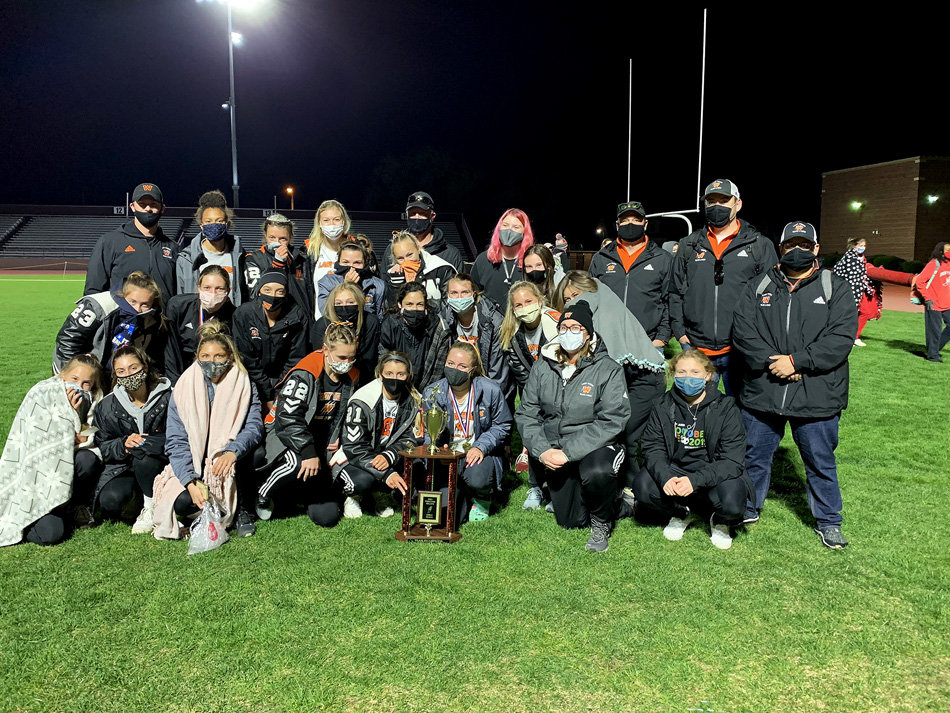 The queen of track and field? Possibly.

For a night, Marin Hart was crowned queen as the Princess of the Meet at the annual Princess Relays track showcase at Mishawaka High School. Hart won the 300 hurdles with a time of 48.88 and was second in high jump at 5-0.

Warsaw earned titles in the 4×4 relay, running 4:05.63, but raised a lot of eyebrows with its 4×800 relay team smoking a 9:38.50, the quartet of Joey Rastrelli, Elizabeth Vander Bie, Ava Knight and Wini Barnett posting what was noted as a top-two time in the state in the event.

The Warsaw high jump, pole vault and shuttle hurdle relays all were third.

The Tigers would claim the team title, scoring 95 points to clip Chesterton’s 88 points and Elkhart’s 65 points atop the team leaderboard.

While Warsaw was in St. Joe County winning a girls track title, Penn came down to Kosciusko County to score a boys track trophy at the Max Truex.

The Kingsmen scored 134 points to run away with the title, Fort Wayne Carroll well behind at 96.5 and Warsaw third at 89.

Sam Lechlitner was second in the mile run at 4:38.80, as was Cam Harness in the high jump at 5-10. Third places went to Warsaw’s Andrew Frush in the 110 hurdles, the 4×4 relay, and both Will Wells and Trace Stookey tying in the shot put.

In its final tuneup before the postseason, Grace’s track and field team impressed at its first home meet of the season.

The men won the Lancer Invitational, and the women placed second out of nine teams.

Abbot Joy impressed in the men’s javelin. His heave of 173-9 was a personal record and is the top mark to date in the NCCAA. He was followed closely by third-place Josiah Thompson and fourth-place Ethan Brown.

The men’s 4×100 foursome of Isaac Findley, John Green, Michael Williams and Braden Smith was second at 42.74.

Kiara Gill placed third in the long jump (16-feet-5), and Bethany Hoffman was also third in the javelin (95-6).

Adams, Elizabeth Moore and Anna Hulstedt finished 4-5-7 in the 800.

“This was a great final tuneup before the Crossroads League meet. Competing on our home track is an honor, and we look forward to being out there again next week,” said Grace head coach Jeff Raymond.

Next week the Lancers will begin postseason competition. Grace will host the 2021 Crossroads League Outdoor Track and Field Championships on Thursday and Friday. The two-day meet will be held at the Key Track and Field Complex.