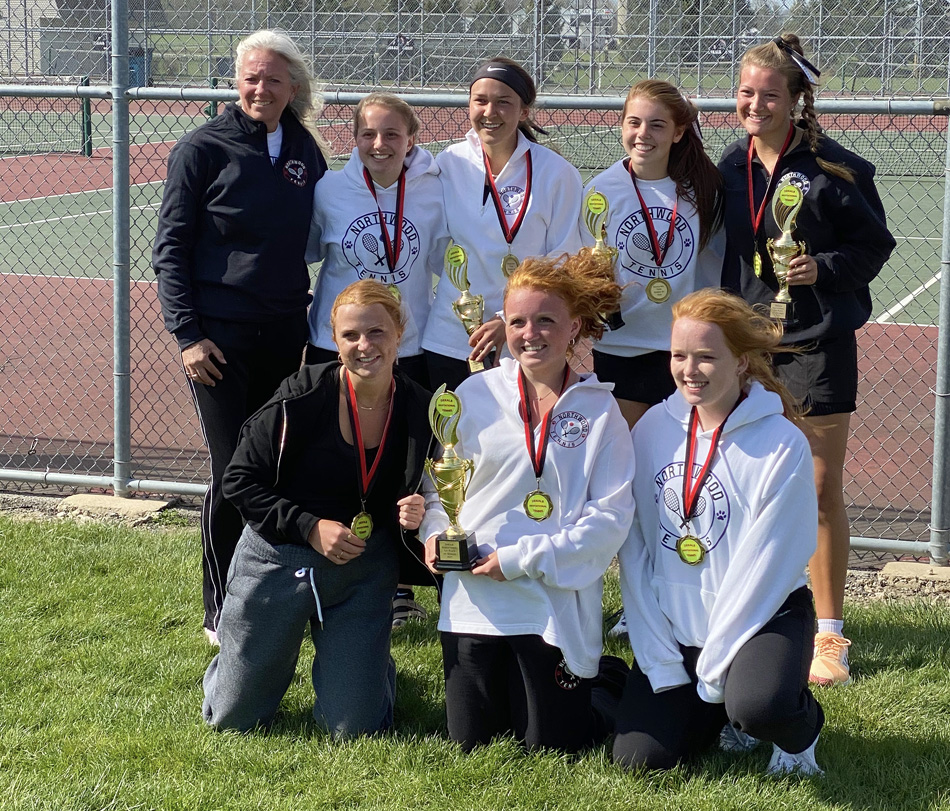 Valley singles were strong, losing just one of nine contests. Both Hannah Parson and Gigi Engstrand were 3-0 and Peyton Oldham was 2-1. The key court of the day was Engstrand against Anna Arter of Whitko. After Arter took the first set 6-1, Engstrand rallied back with a 6-2 second set, then won the super tiebreaker 10-4 to secure the title for the Vikes.

The doubles team of Kaitlin Neese and Mackenzie Costello went 2-1, including a huge swing match against Whitko,

Andie Sweneger and Jada Hicks chipped in a doubles win against Wabash in their varsity debut.

The three matches kickstart 11 matches in 13 days for the Vikings.

The team placed second to Fort Wayne Dwenger, but had three of its five courts finish at least second in their respective brackets. Gabriella Umbower won the one singles pairings, beating Westview, Dwenger and Snider opponents. Ashlyn Feller was second, beating both Bellmont and Bluffton before losing to Dwenger in her final match, and the one doubles team of Amy Adams and Emery Porter beat Bluffton and Westview before Dwenger prevailed in the final matchup.

Both the two dubs team of Kate Stillson and Paige Henschen and Britton Jesse at two singles were fifth place, losing their first matches only to rally and win the final two.

Triton Takes One At Concord

The Trojans salvaged a win in its final dual Saturday at the Concord Invite.

After a 5-0 loss to Elkhart and 3-2 loss to Wheeler in its first matchups in Dunlap, Triton finished its day with a 5-0 win over Lakeland.

Triton’s doubles teams were both 2-1 on the day. Emma Hepler and Lexia Hostrawser won both of its matches against Wheeler and Lakeland in straight sets, and Cheyenne Hawley and Danica Kuntz won a super tiebreaker against Wheeler before giving up just two points against Lakeland.