WARSAW – As Bowen Center CEO Kurt Carlson slowly transitions into retirement (a process of several years) one might think he would let off the gas just a little.

Instead, he and the agency he has overseen for several decades, have had the proverbial pedal to the metal in leading Bowen’s response to the pandemic for the past year.

Editor’s Note: The thoughts found in this weekly column are an expression of opinion by the author and not necessarily the opinion of InkFreeNews.

Frankly, I don’t know what the local response to the pandemic would have looked like without Bowen Center’s role.

While many groups and entities have stepped up in Kosciusko County, Bowen Center answered the call last year when the Kosciusko County Health Department said the community needed a more expansive COVID testing site.

Bowen quickly established a venue that ultimately moved and took root at the county fairgrounds and continues to be available. 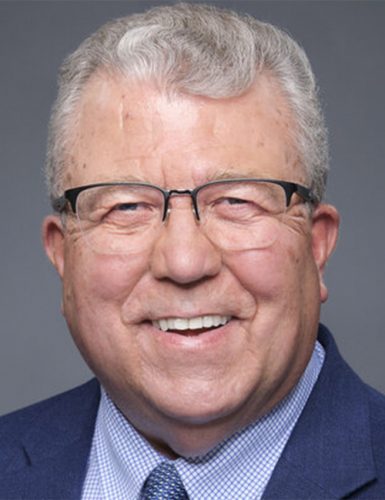 On the first day, they tested about 130 people and then saw that figure spike to around 300 as the pandemic settled in for the winter. Carlson contends the operation was probably one of the biggest in the state.

Just as important, Bowen quickly established a hotline (574-347-4256) for people with questions about testing, which then evolved into services to assist and encourage people to get vaccinated.

Bowen Center put a priority on hiring bilingual people in an attempt to create a “barrier-free” service and it appears to have worked. Nearly half of the callers are Hispanic.

“We wanted to make sure the Hispanic population felt comfortable,” Carlson said last week during a news conference.

Carlson indirectly referenced the challenges of calling importance to the pandemic and taking action in the face of some adversity.

“It’s been a privilege for us to serve the community this way during the pandemic,” Carlson said. “History will judge what we do, when and why, and I want to be on the right side of history.”

Well said, Kurt. And thank you!

GUNNING FOR SUPPORT – Kosciusko County Commissioners will consider voting on a resolution Tuesday that expresses concerns over President Biden’s executive orders announced earlier this month on gun control and have invited the public to attend.

While the commissioners have every right to take such a stand, it is a rare political move at the grassroots level. Reading the two-page statement issued earlier this year, one wonders if they are more concerned with gun rights or just Biden in general. The resolution mentions Biden by name more than ten times and even assails Biden’s campaign rhetoric that’s not – at this point – part of his executive actions.

Late last year, the county declared itself to be a sanctuary county for constitutional rights. Officials are also reviewing local ordinances to determine if they are Constitutional.

Tuesday’s meeting starts at 9 a.m. in the old courtroom in the courthouse.

CONSERVATIVE STONES – Sen. Ryan Mishler, who chairs the Senate Appropriations Committee, was feeling pretty good about bipartisan support for the state’s new two-year $37 billion budget on Thursday as lawmakers prepared for a final vote. Mishler celebrated the circumstances by quoting the Rolling Stones’ epic rocker, “You can’t always get what you want,”  reminding lawmakers with the following lyrics.

Pence represents Indiana’s sixth district and will be the keynote speaker at the event.