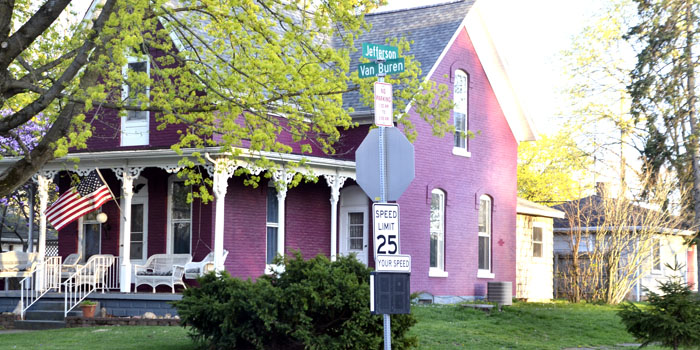 The speed limit on all streets in Leesburg is 25 mph. InkFreeNews photo by Lasca Randels

Concerns about speeding motorists in town were expressed at the March town council meeting.

At that time, Street Commissioner Craig Charlton said he had looked into having county law enforcement monitor the area for people speeding but was informed the town would have to pay for the service.

“I had a nice meeting with Sheriff Dukes and three of his top officers and we discussed at great length our situation here in town,” Jones said. “He was very receptive and understands that we have a problem here and he offered to help in any way that he could.”

Sheriff Dukes offered a variety of solutions, Jones said, some of which the town has implemented.

“We did have some officers in town and they did write several citations. One traffic stop led to a high-speed chase, which in turn, turned out to be a drug bust,” Jones said. “We’ve had two drug busts resulting from traffic stops right here in downtown.”

Jones said they are looking at other options to have more of a consistent police presence in town.

“I’m relieved that the sheriff is willing to work with us and he was very adamant that he is willing to help us as much as he can, so I feel like we’re moving forward,” Jones said.

Council members agreed the police presence has made a difference.

“I was just really happy to see someone here, that there was a presence here,” said Council Vice-President Christina Archer. “And other people I’ve talked to here in town are very pleased with that also.”

Archer said she hopes drivers begin slowing down in anticipation of a police presence in town.

In another matter, Leesburg resident Sue Charlton attended the meeting to request permission to hold the annual Memorial Day Parade Monday, May 31. Council enthusiastically approved the request. Parade line-up is at 10:15 a.m., with the parade starting at 10:30 a.m.

The parade route is south on Pearl Street, then west on Prairie Street to the cemetery. A memorial service will be held at the cemetery following the parade.

The annual Leesburg town garage sale will be held the weekend of June 11 & 12.

Council wants the ordinance language cleaned up to ensure it’s clear that all costs to connect to the existing sewer main are the responsibility of the property owner wishing to connect.

Another item needing clarification pertains to any developer who may wish to build a new residential housing subdivision in the town of Leesburg. The town would install the mains and pump stations, and the developer would be responsible for all connections from the grinder pump to each home.

Town Attorney Vern Landis was asked to prepare a draft clarifying these issues. Landis will look into this and the matter will be discussed again at a future meeting.

Craig Charlton presented two bids for phase two of a street project addressing curb work on Van Buren and Jefferson streets. Council approved the lowest bid, from Bruner & Son Construction, and made the decision to move forward with the project.

Town officials would like to remind residents of the following:

No parking on any street between 3-5 a.m. Parking regulations are enforced seven days a week.
No burning anything anytime.
Please be mindful of what you flush.
Speed limits in town are 25 MPH.
The Leesburg Street Department phone number is (574) 527-2884. 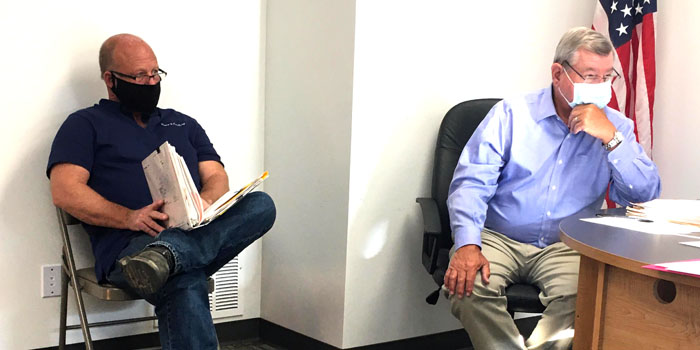 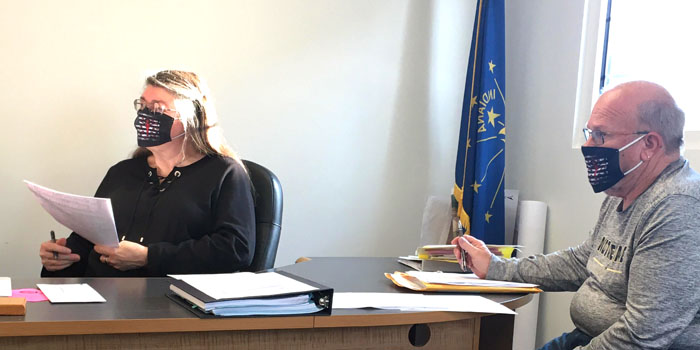