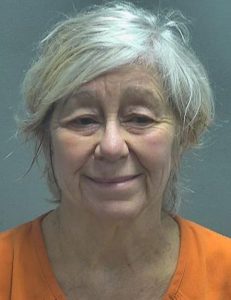 SOUTH WHITLEY — A Columbia City woman was recently arrested for animal cruelty after 16 animals were removed from her home.

Loretta M. Childers, 70, 965 E. Gatesworth Drive, Columbia City, is charged with cruelty to an animal with a prior, a level 6 felony.

Childers and her husband, Eugene A. Childers Jr., were arrested in February 2020 after 66 dogs and one cat were removed from their residence on Gatesworth Drive. All of the animals were kept in conditions that were dangerous to their health and well-being.

According to court documents, when officers arrived and entered the home, they were immediately overwhelmed by the smell of feces. A significant amount of urine and feces were found in the home’s basement and main floor. There also did not appear to be running water in the home since trash bags lined all of the toilets.

About nine dogs and five cats were found inside the residence. Five of the dogs were puppies, four of which had duct tape holding their ears together. It is assumed the dogs’ ears were taped together in an attempt to crop their ears. One puppy had one ear taped and the other three had both of their ears taped together. All of the puppies also had scars where claws used to be.

Several litter boxes were found throughout the house but most were nearly or completely empty. All of the cats had various wounds from fighting.

Two horses were also found on the property. The horses had to stick their heads in a gap through a barbed wire fence in order to eat; a water source for the horses was not found. Both horses appeared to be in decent health. The horses were taken by Shadarobah Horse Rescue.

On March 8, officers met with the board of animal health compliance director to evaluate the animals removed from the home. One of the dogs and two of the puppies were slightly thin. Two of the cats had ear infections. Four of the cats were male and not neutered. Male cats typically mark their territory with urine.

There was no evidence of rabies vaccination for any of the dogs or cats.

It was also discovered that the septic system at the property had not been approved and that no one should have been living there due to this.

The house had mild to moderate clutter depending on the room. Court documents also state the house was in new condition as of summer 2020; however, the amount of trash and clutter already registered the house on the hoarding scale.

After animals were removed from their home in February 2020, a court order was implemented to limit the number of animals the Childers could own. They were in violation of this court order.

Loretta Childers was booked in the Whitley County Jail for this case on March 18. 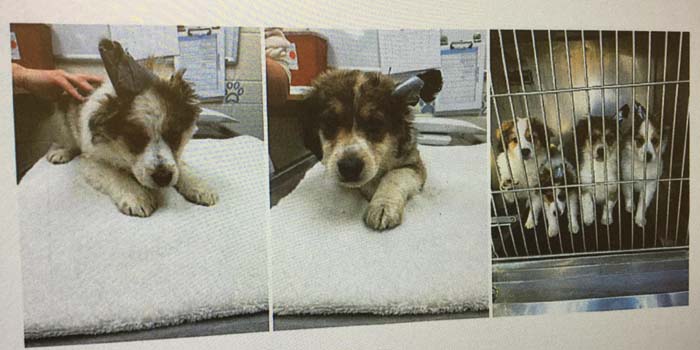 Photos of the puppies whose ears were duct-taped.