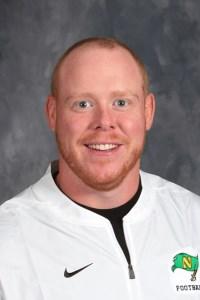 MIDDLEBURY – Northridge didn’t have to go far to find a replacement for Tom Wogomon. And it’s someone Wogomon knows very well.

Former Northridge defensive coordinator Chad Eppley was elevated to head coach in an announcement by the Middlebury Community Schools board Tuesday afternoon.

Eppley coached under Wogomon as a defensive coordinator, but also played for Wogomon while a player at Wawasee High School. The 2013 WHS grad went on to play at the University of Indianapolis before starting his teaching and coaching career at Westfield High School. He was a North-South All-Star as a prep lineman and later was part of three Great Lakes Valley Conference championships with the Greyhounds.

Eppley later came to Northridge and currently is a math teacher at the high school. He is also a program assistant for the Raider wrestling and track teams.