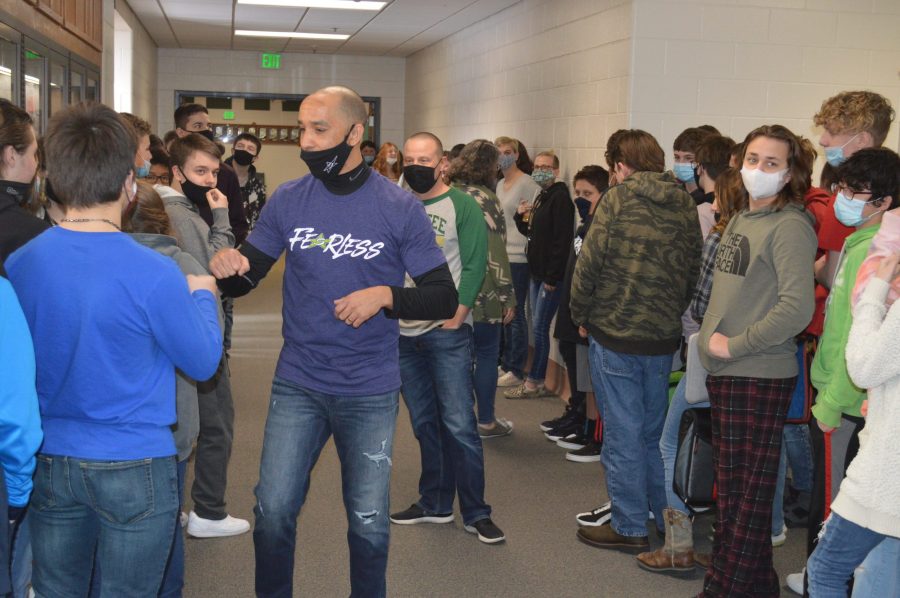 Seth Maust (in purple T-shirt), or “Coach Seth,” visited Wawasee Middle School to get feedback on the 5 Star Program he co-founded. Photo by Tim Ashley.

SYRACUSE — Students lined the halls of Wawasee Middle School forming an indoor parade fit for a dignitary. But in the minds of some of those students, Seth Maust, most often referred to as “Coach Seth,” is comparable to a dignitary.

Coach Seth, who lives in Granger, visited WMS for a couple of hours Friday, Feb. 26. He is the co-founder of the 5 Star Program, which is used in schools to address negative mindsets through academic, leadership and character programming. The program is used at WMS and students who had only seen Coach Seth in videos were able to meet him in person Friday.

After arriving at the school with two of his staff members, Coach Seth walked in the classroom hallways and greeted students with fist bumps, signed a few autographs and paused to have several selfies taken with students. He then visited two seventh grade classrooms and asked for student input. In Angela Bontrager’s math class, a student asked if drug abuse could be addressed, noting the house next door to where he lives had been boarded up but was broken into and used to manufacture crack cocaine. Though it was reported, nothing was done about it, the student said.

Another student said 5 Star has been helpful because it has helped him understand what a friend has been going through who has parents abusing alcohol. Bontrager said the program has caused students “to dig down deep” and talk about things they normally wouldn’t talk about.

Coach Seth later took time to mingle with the sixth graders in the cafeteria. He then met with 15 students — five from each grade level — for a student panel to receive more direct feedback, such as what students say to their friends in the hallways.

His visit was wrapped up with brief visits to two classrooms in both the sixth and eighth grades.

During the Feb. 9 Wawasee School Board meeting, WMS Principal Brent Berkeypile and Drew Graber, assistant principal, gave a presentation to the board about 5 Star. Several students and teachers gave positive testimonies about the program in a video. 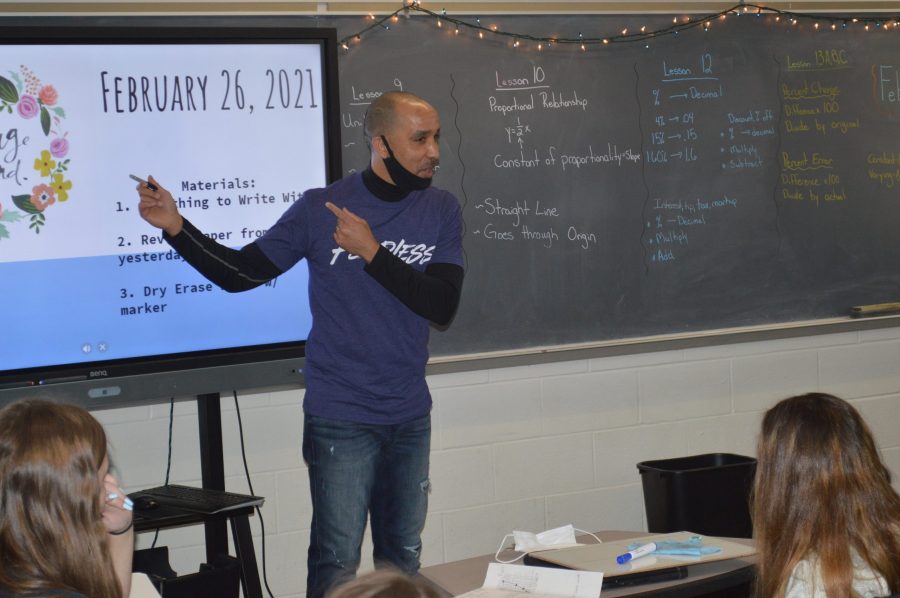