By Andy East
The Republic

COLUMBUS – Rep. Greg Pence, R-Indiana, has acknowledged that he voted multiple times against a military spending bill that would have benefited Camp Atterbury and Muscatatuck Urban Training Complex, saying he could not support it due to “liberal wishlist items.” 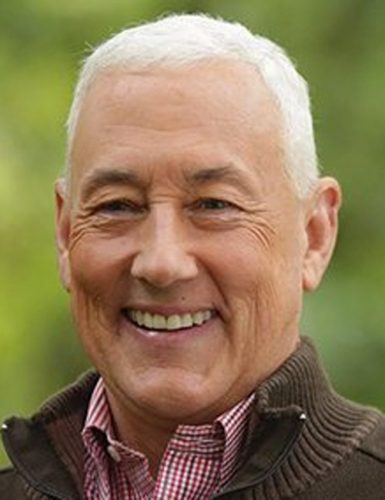 The National Defense Authorization Act for Fiscal Year 2021 that Pence voted against included $12 million in funding for a construction project in Shelbyville, which is in the Sixth District that he represents, and also an amendment he said he verbally authored to extend a cybersecurity training program at Atterbury and Muscatatuck.

The $740 billion spending bill became law on Jan. 1 despite Pence voting against it on July 21 and Dec. 8, federal records show. Pence also voted against overriding former President Donald Trump’s veto of the bill on Dec. 28.

Pence praised the bill on Tuesday in a factually inaccurate tweet and press release in which he took credit for legislation that he voted against three times.

In the tweet and press release, Pence said he was “proud” that the cybersecurity program at the Camp Atterbury and the Muscatatuck Urban Training Complex was “signed into law by Pres. Trump in the 2021 NDAA earlier this year.”

Trump did not sign the bill into law, but rather vetoed it on Dec. 23. The tweet also fails to mention that Pence voted against the legislation multiple times.

As of Thursday, Pence had not removed or corrected the factually inaccurate tweet.

Milly Lothian, Pence’s communications director, said the congressman was “proud” of the amendment but “liberal wish-list items” inserted into the bill had made it “impossible” for Pence to ultimately support the legislation.

Pence was the only House Republican representing Indiana who voted against overriding the veto.

“Only in Washington will you find a bill as straight forward as the NDAA eventually larded up with liberal wish-list items that made it impossible for Congressman Pence to support final passage based on principle,” Lothian said in a statement from the congressman.

Lothian also said the Indiana Democratic Party has “no shame” after the party accused the congressman of trying to “mislead voters from his actual voting record.”

Currently, it is not clear which specific items Pence found objectionable. Lothian did not respond to a request from The Republic seeking more information on what “larded up,” “liberal wish items,” the congressman opposed.

Trump, however, made his objections to the bill clear, saying it failed to limit social media companies he claimed were biased against him during his failed re-election campaign, The Associated Press reported. Trump also opposed language that allows for the renaming of military bases that honor Confederate leaders.

The National Defense Authorization Act authorized $740 billion in military programs and construction and provides a 3% pay raise for U.S. troops, improvements for military housing, among other things. Congress has approved a version of the bill for nearly 60 years in a row.

Lothian claimed that Pence authored an amendment to the bill on July 14 that “extended by two years the sunset date” for a pilot program on a regional cybersecurity training center for the Army National Guard.

The amendment, Lothian said, was adopted by the House by voice vote on July 21 — the same day congressional records show that Pence voted against the bill for the first time.

Congressional records show 17 amendments to the House bill, but none attributed to Pence.

A separate search of congressional records showed that Pence has offered at least two amendments to legislation since taking office, both in 2019.

The House Clerk’s Office told The Republic on Thursday that all amendments added to legislation, including those approved by voice vote, should be listed in congressional records.

Requests to Pence’s office on Wednesday asking for clarification on the amendment have gone unanswered.

On Tuesday, Pence’s office issued a press release stating that he had met with Brig. Gen. Dale Lyles, adjutant general of the Indiana National Guard, on “the establishment of a Cybersecurity Training Center at Camp Atterbury and the Muscatatuck Urban Training Complex.”

Spokespersons for Camp Atterbury and the Muscatatuck Urban Training Complex told The Republic on Wednesday that they were unaware of any new cybersecurity training centers or programs at either facility.

The Muscatatuck Urban Training Complex, which used to be a self-contained state hospital for mental patients, provides training for soldiers and civilians to learn to deflect cyberattacks against many types of systems, such as civilian water and energy systems.

The complex offers a wide variety of industrial and residential building on 1,000 acres, and conditions of a town affected by natural or man-made disasters can be replicated. It also offers an integrated, managed cyberphysical environment called “Cybertropolis.”

Andy East is a reporter with The Republic in Columbus. This article was made available through Hoosier State Press Association.