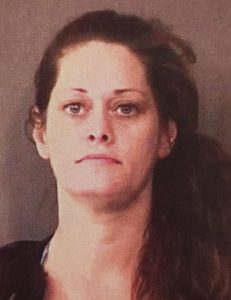 WARSAW — A Warsaw woman will avoid prison time after impressing a judge and several jail officials with her efforts to stay sober.

Morgan Rachael Wood, 36, 1310 E. Clark St., Warsaw, was charged with dealing in methamphetamine, a level 3 felony. A methamphetamine possession charge and a separate drug possession case were dismissed as part of a plea agreement.

Wood was sentenced in Kosciusko Circuit Court on Thursday, Jan. 28.

After witnessing the drug deal, officers obtained a search warrant for Wood’s residence. In a bedroom belonging to Shane A. Timmons and Jamie L. Hecke, who were also arrested in this case, officers found 28.9 grams of methamphetamine, scales, small empty bags and a handgun. Wood told officers that Hecke had accompanied her to obtain seven ounces of methamphetamine.

Timmons was sentenced in this case in October 2019 for methamphetamine possession. He received a seven-year Indiana Department of Corrections sentence.

For Hecke, this case was dismissed as part of a plea agreement in a second drug dealing case, which happened in May 2019. In that matter, Hecke received a 20-year DoC sentence, with 2 1/2 years suspended on probation.

During court proceedings, Deputy Prosecuting Attorney Matt Buehler said he had two major concerns with Wood’s case, including the drug amount and Wood failing to complete a program at Serenity House. However, Buehler noted that Serenity House is willing to accept Wood back into their program.

“So long as she’s in a secure environment, she seems to thrive,” said Buehler.

Defense Attorney Sarah Ober said Wood has made very impressive progress with her sobriety, having graduated from the Kosciusko County Jail Chemical Addiction Program (JCAP) twice. She said sending Wood to prison would not help her recovery process.

“It would cut her off from her connections and support system,” said Ober. “I’ve heard amazing things about Morgan in JCAP. She’s going to work on recovery every day of her life.”

Wood said that during her incarceration, she has rebuilt relationships with Christ, her parents and children.

“I was clean for seven years before I relapsed,” said Wood. “God is at the center of my life now, and with that, I’ll stay clean and sober.”

Kosciusko Circuit Court Judge Michael Reed said he was initially considering a prison sentence for Wood; however, upon seeing Wood’s recovery progress and the positive actions she’s taken, he changed his mind.