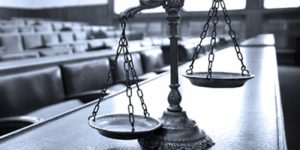 Hyatt was sentenced to 293 months in prison followed by 10 years of supervised release and ordered to pay $14,930.00 restitution.

According to documents filed in this case, Hyatt uploaded 65 images of child pornography to his Dropbox account.  These images, along with others, depicted children under the age of 12 participating in bondage or sadistic conduct.

This case was investigated by the Department of Homeland Security Investigations and the Indiana State Police.  This case was prosecuted by Assistant U.S. Attorney John M. Maciejczyk.