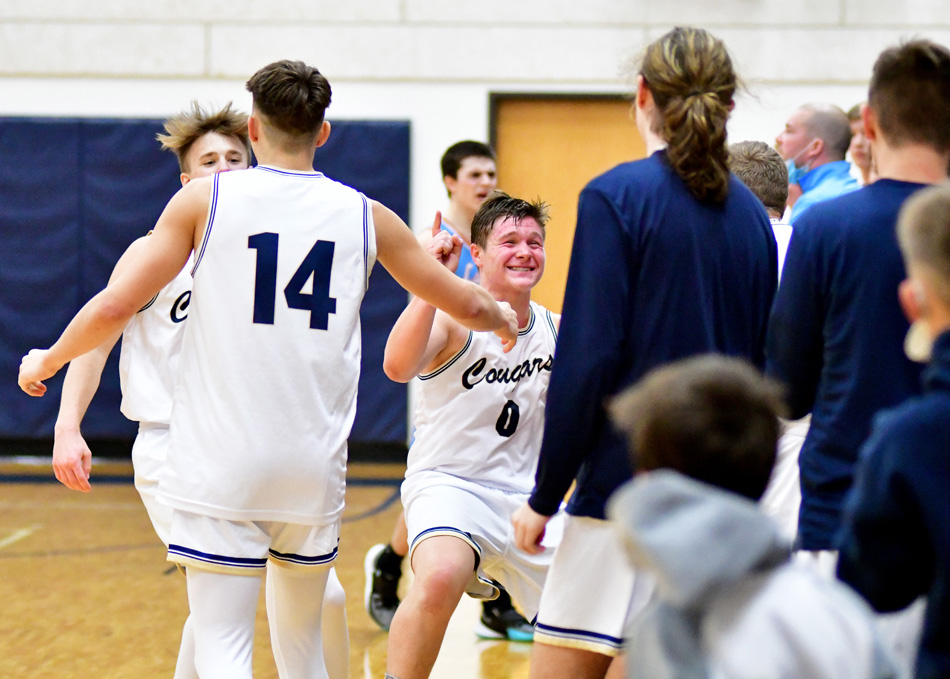 WINONA LAKE – Saturday’s boys and girls basketball pairings at Lakeland Christian Academy saw one LCA team without any knowledge of its opponent, the other LCA team knowing a lot about its foe. What transpired was a pair of solid showings from the two home teams in a Saturday split. 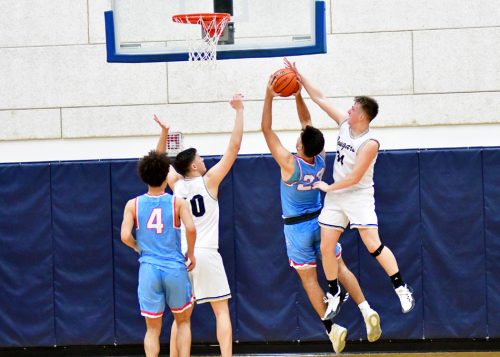 In the first-ever meeting between the two schools in the IHSAA era, Lakeland came into Winona Lake with the reputation, but LCA had other ideas at the start. The Cougars jumped out to a 14-6 lead in what would be the prelude for a very entertaining game.

Foul trouble would creep into LCA’s upset bid, with Seth Martin and Cameron Shepherd both garnering four fouls in the third quarter, a period where the Lakers turned a six-point halftime deficit into a 60-56 lead heading into the fourth.

Lakeland would grab a five-point lead at 69-64 after a pair of Mason Douglas free throws, but a dish from Martin to Silas Gagnon cut the lead to three. But that would be the last play Martin would make, getting his fifth foul, joining Shepherd on the bench after the guard took his fifth earlier in the quarter.

Shorthanded, LCA found some magic in Ben Jackson, who came off the bench to hit the biggest shot of his season, nailing a three in the corner to tie the game at 74 with 36 seconds left.

“It’s always the biggest cliché in all of sports, but it really does apply here, that it’s next man up,” explained LCA head coach Jake Ritchie of Jackson. “He comes in when we are short two starters with foul trouble and hits the biggest shot of his life, at least here at LCA. The confidence in him, he’s probably our most consistent shooter. His release is a little slow, and we’ll speed that up, but that was huge for him, and for our other guys on the floor that the other four players can trust him in big moments.”

In overtime, Gagnon had a chance to tie the game at 81, but his hook shot rattled in and out and Douglas hit a free throw to seal a wild contest.

Douglas had a huge night with 24 points, going 12-17 from the free throw line. Brayden Bontrager led the Lakers (6-5) with 25 points and Bracey Shepherd gave LCA fits from the point, finishing with 19 points.

Landon Gause shot the lights out for much of the game for LCA (4-5), hitting seven three-pointers and finishing with a career-high 30 points. His three free throws in overtime pulled LCA within one.

Hunter Rice scored 13 of his career-high 19 points in the second half and overtime, and Martin added 14 points.

The game almost didn’t happen, thrown together at the last minute when Clinton Christian’s boys had to back out for COVID issues. LCA was set to host Homecoming and Lakeland needed a game.

“We obviously didn’t want to lose our Homecoming game, and I told (LCA athletic director) Tim Yocum, we’ll take just about anyone,” Ritchie said. “So thanks to Lakeland for being flexible last minute. Watching a little film on Lakeland ahead of time, we couldn’t emulate Shepherd’s speed or Bontrager’s size. And (Ben) Keil was shooting something silly like 50 percent from three. We just had to step up to the challenge and we did as well as we could.” 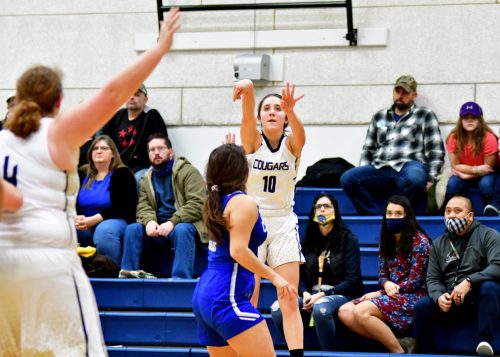 Whereas the boys game paired two teams with zero history, the girls contest matched up two teams that played less than a month ago. And in that contest at the end of December at the Cougar Classic, Clinton had its way with LCA.

The tables turned in a familiar storyline.

As LCA bricked shot after shot in a 50-38 loss on Dec. 28, it was Clinton that struggled mightily in the rematch. The two teams played to an 8-8 standstill after the first quarter, but Jessi Calizo warmed up quickly in the second. A pair of interior makes for Calizo, along with a third foul from the heartbeat of Clinton – Allison Snyder – opened the door to a 14-2 Cougar run to close the half.

“We took the corners away from them and as they moved around, we cheated up on the high post just slightly to take a little of the edge off, which seemed to do it for us,” said LCA head coach Marc Miller. “It also helped that they missed a lot of shots, like what happened to us the first time. This time around, we made those shots.”

The spacing would stay the same through the third and into the fourth. LCA held a 33-18 lead, only for Clinton to make a late push. Six straight points from Clinton on transition hoops made the Cougars uncomfortable for the first time since the first. A Jessa Caffee bucket cut the lead to eight, but LCA hit five of six free throws to put the game away.

Calizo would lead LCA (5-4) with 18 points, 12 of those in the breakout second quarter. Finley Hobbs, who struggled out of the gate shooting the ball, would correct it with 10 second half points.

While Jordan Gross didn’t record a point, the post pulled down seven rebounds and played a key role in keeping the Couriers from getting second-chance points.

“She is definitely a glue player that is the hard hat for us,” Miller said. “She is smart and is certainly underrated for what all she does on the court. She makes the little plays for us. She fronts when we need it, she also moves all over the court and has been fun to watch her blossom in her senior year.”

After dropping 24 on LCA in the first matchup, a visibly frustrated Allison Snyder was limited to just two points. Sadie Breneman, who laid out 13 points and a lot of dirty work in Clinton’s December triumph, didn’t score any of her 11 points until the second half Saturday night.